We saw it on our way to the park when we were on Rt 2 west of Vermilion.

Here are some photos I took today. It was in Michigan for college football yesterday and was on it's way back to Wingfoot Lake near Akron. This was my best visit to the park ever! 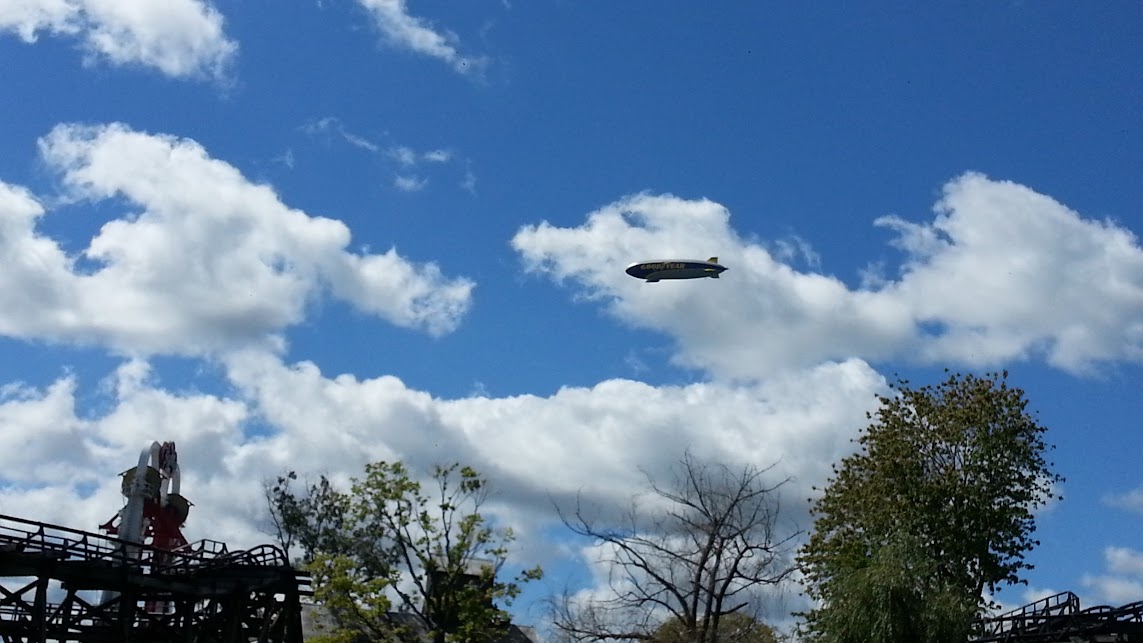 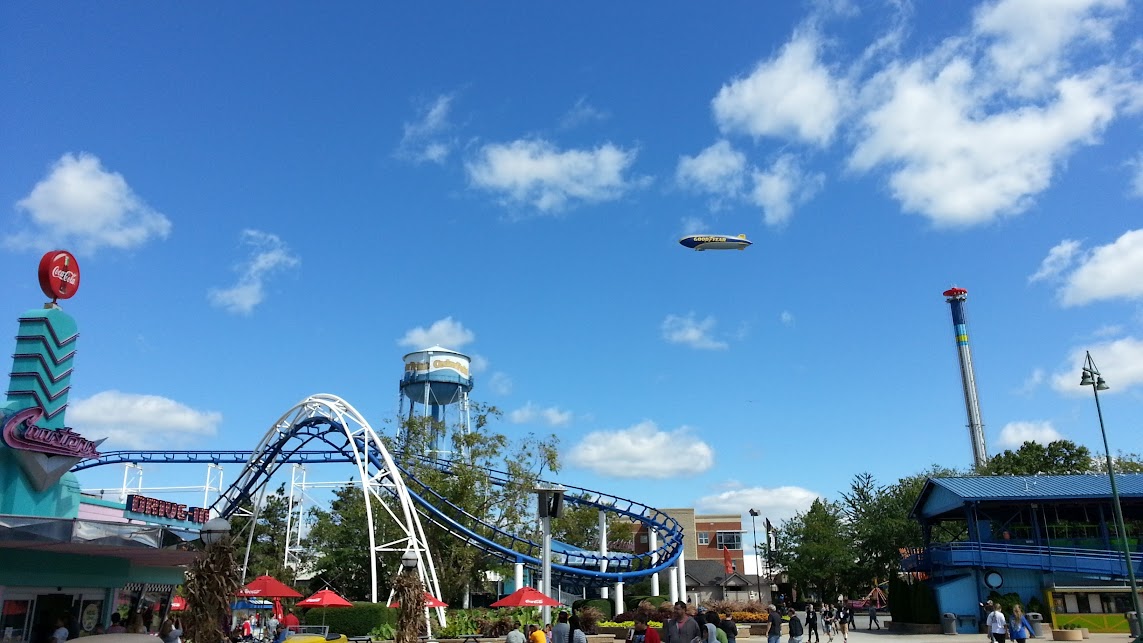 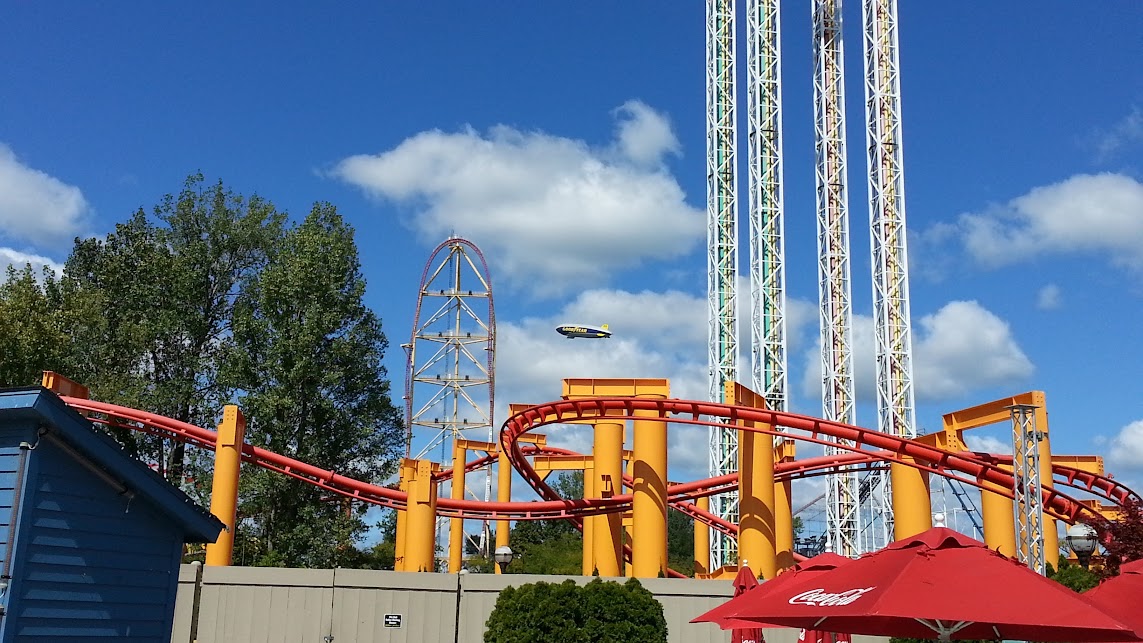 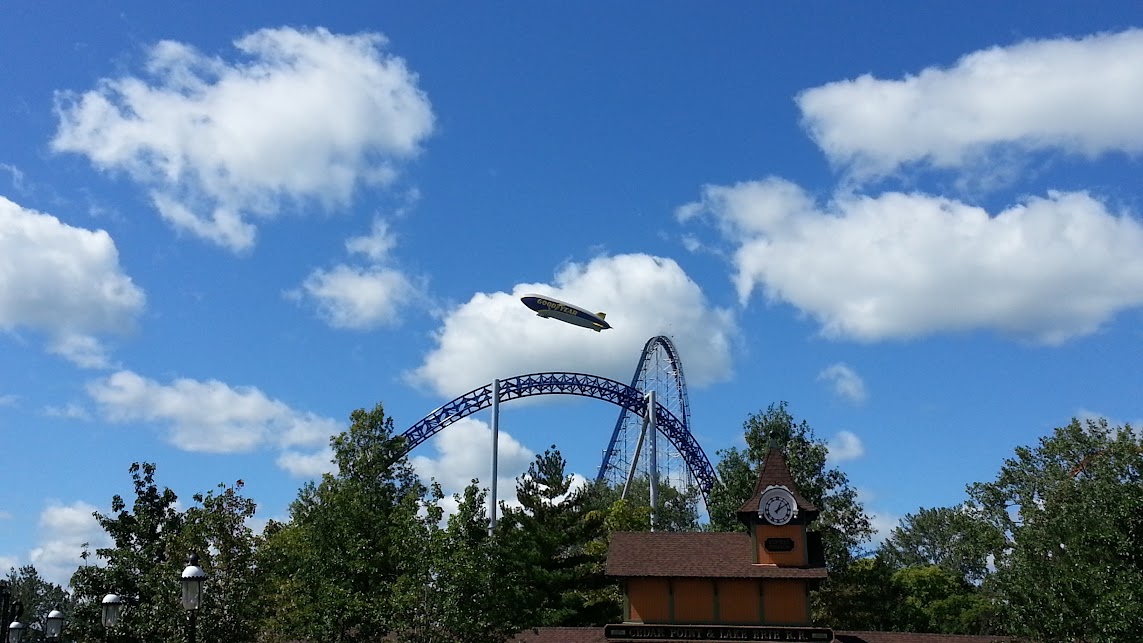 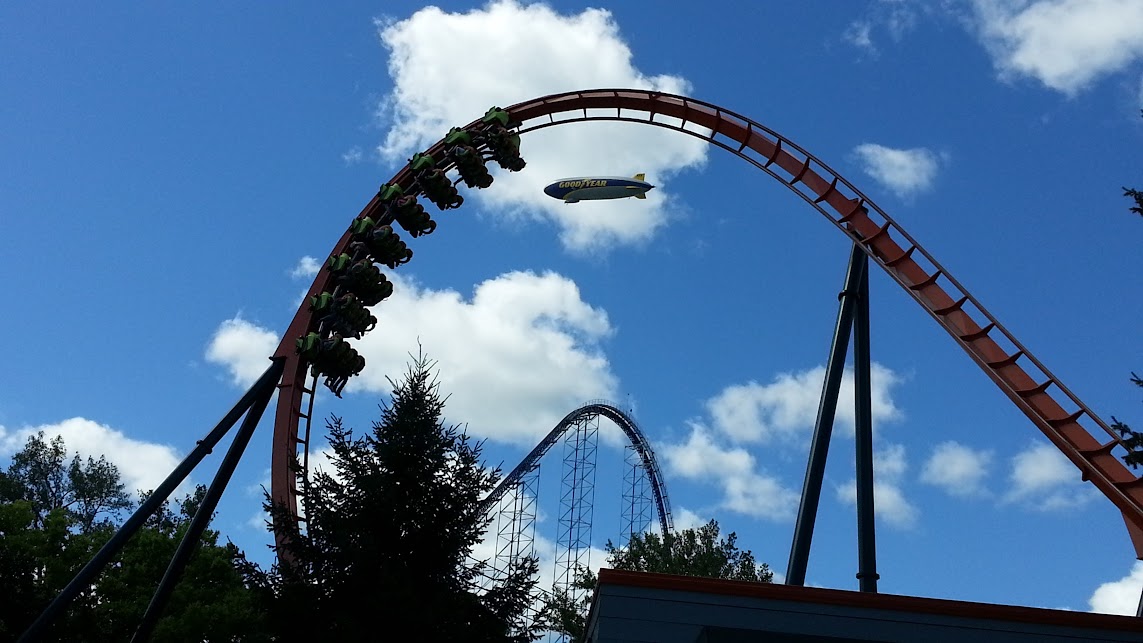 Going up Magnum's lift with the blimp right in front of me was very neat.

It was fun seeing the blimp fly over the park. They should build one for Northern Ohio so we can see it more often.

It would be nice if Goodyear would make more blimps, but I don't see that happening. These new blimps cost $21 million each. They got 3 of them in their fleet (now 2 since 1 was recently decomissioned, but it's replacement is currently under construction at Wingfoot Lake).

But I was so damn happy to see the blimp over the park. I was on CP&LE when I first saw it. Some in my group thought I was going to jump off the train. But when it stopped at the station, I quickly ran out to Celebration Plaza to take pictures. The one girl said "it's just a blimp" and my response was "you don't know me that well". She said if it was a flying cow, that would be something to get excited about. But I've been wanting to see the Goodyear Blimp over the park for a long time and it finally happened. It almost felt too good to be true. If you saw some guy with a Goodyear hoodie running out of the station, that was me. I'm sorry if I almost knocked you down. But I just had to get some photos because it's very rare to see the Goodyear Blimp over the park. I even got alot of texts and Facebook messages because many of my coaster friends know how much of a blimp freak I am.

While I was working I saw the blimp out over the lake side of the peninsula, and started freaking out, everyone on my crew thought something was wrong with the ride. I don't know if someone already said it, but apparently it flew over on Friday night as well

Thabto, you should post the picture of the blimp going through the first loop of Rougarou. I thought that picture was cool! As far as the ones you posted, I like the last one with the blimp perfectly centered in the Rougarou loop. 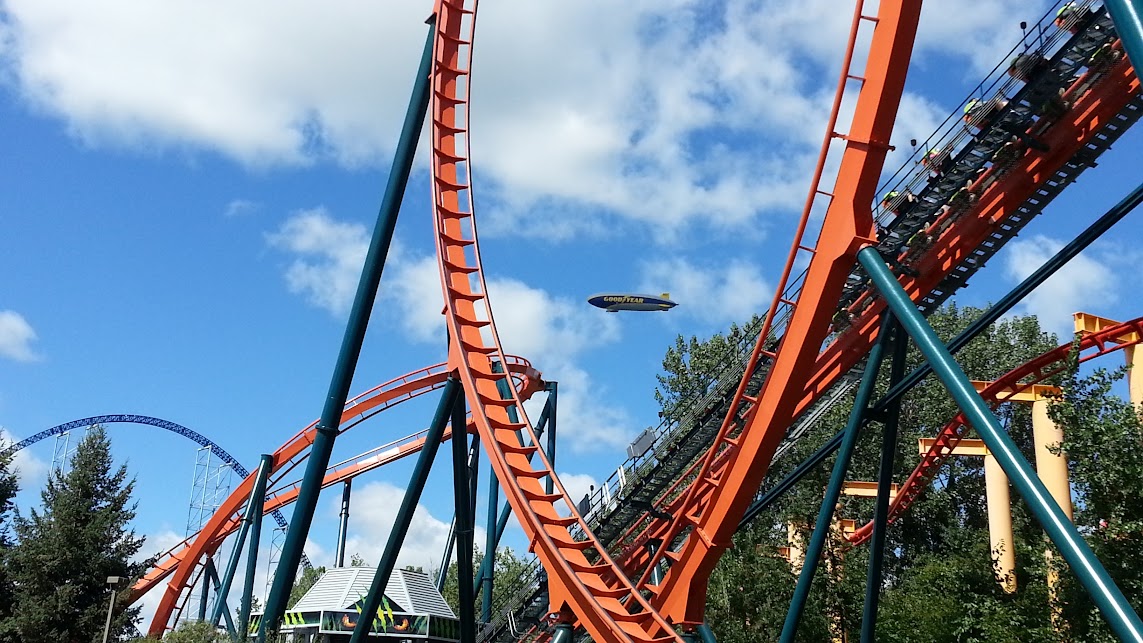 I was trying to upload a photo, but apparently I'm too stupid to figure out how to do it...it's unclear to me what to type in the Source field in the Insert/Edit image box; a pathname doesn't seem to work.

You need to upload the images to a different site (imgur.com for example). Then copy the source of that image into the source field on this website.

Here is a look at the next Goodyear blimp that is currently being built.

That audio balance was way off.

I took this picture on Sunday (9/13/15) without being aware that I took it--I guess I thought I was still fumbling with the phone. Appropriate, I guess, since Valravn is "the king of all birds."

I live 5 minutes away from both the Wingfoot Lake hangar and the Lockheed Martin Air Dock (formerly Goodyear). I've grown up here my whole life. I don't think I've gone a week of my life, besides during winter, that I haven't seen at least one blimp flying.

Someone posted on Facebook that the Goodyear Blimp flew over the park today. I'm so disappointed I wasn't there. Seeing the blimp fly over the park is a very cool sight to see. Did anyone get pictures of it?

Yep, saw it flying overhead. I'm at Soak City so I didn't have my phone with me at the time. It was flying along the beach heading north then curved northwest once it got past the park.

West? That's odd. They were coming back from Wisconsin. I would think they would be heading back home to Akron.

Could be just doing a loop around the park. I lost it in the trees from the lazy river.

I saw it while riding around on my jet ski. It took a rather sharp turn over the park. It looked like it was just circling it though. I snapped a picture on my phone but cant figure out how post it on mobile without going through different websites and stuff.

Thought of you when I saw it though, Brian!

They flew over the airshow in Cleveland today. Then they came back home to Akron. I was out at Wingfoot Lake and watched them come home this afternoon.