Looks like the right tower is almost gone.. they were busy overnight. Maybe it's the sun glare on the webcam

Or maybe, nothing has changed.

I think the fog was blocking some of the tower you saw. When I checked it around 1:00pm, both towers we're still showing. I hope the administrators keep this thread though for when they do start deconstruction.

Whats the history of the park leaving the webcam on a ride thats being torn down?

I would think they would not leave the demolition viewable for several reasons, but mainly, in case an accident happened during demo.

I don't think the park has ever left a webcam in the direction of a ride that was being removed.

Well, except Space Spiral. Perhaps the most awesome ride demo of all time.

That link, by the way, includes some background footage of how the demo company prepped the ride for it's journey into the afterlife.

"Thou shalt fall in that direction"

No updates yet, still has the train at the platform. But I did make sure to pay my respects at the gravesite. 😉

I did notice they rotated the webcam ever so slightly it looks like. The spike on the left (windseeker side) is no longer veiwable. Maybe they just did that so people get a full view of the parking lot? Not sure...

I still don’t think it’s being removed. Cedar Point has never used the word removed to my knowledge in regards to wicked twister. I’m going with a name change and train change to a flyer. 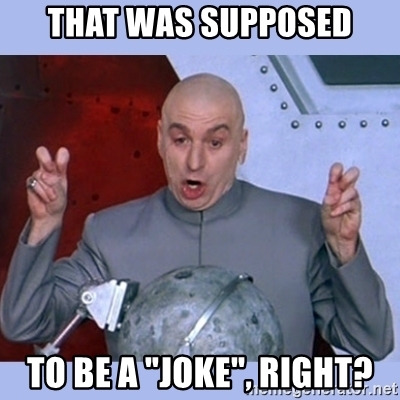 ^not a joke at all. Yes. They said wicked twister would close for good, but so did Mantis and Mean Streak before their makeover.

it just doesn’t make a lot of sense to close the ride 2 weeks ago, make little to no progress at this point in deconstruction.

I would guess that some more of the minor things have to be removed first before they can start removing the main structure. They may be removing the electrical components right now but we just can't see it.

CP rundown posted there was markings around Wicked Twister as well as inside the launch area of the ride. I don't know how many of you have facebook, but here you go anyway.

those markings are for the Point Pier!

Consider me one that is hopeful there will be a ride upgrade with a name change. However, taking a look at the fate of Volcano at KD, I too am skeptical in the final decision for WT. Does Cedar Fair want to do away with costly LIM operated coasters for the sake of cost of operation? Maybe. Not to mention, cost of operation aside, WT’s structure has caused many issues since it’s debut year. We shall see what happens. Either way, I can think of a couple other rides that needed removed before WT, but it is not my call ;)

They said wicked twister would close for good, but so did Mantis and Mean Streak before their makeover.


Well, it *IS interesting how Mantis and Mean Streak got theatrical videos depicting the 'end of the ride's life', whereas Disaster Transport and Wildcat (for example) just got a... "there comes a time when a ride reaches its useful life... etc." blog post. I respect your unconventional opinion.

Do construction markings typically appear around a site prior to clearing/demolition?

I love the idea of a WT conversion, but I’m having a hard time envisioning what that would look like. Unlike Mantis, I don’t know anyone who disliked WT’s original train. And unlike Mean Streak, WT doesn’t leave beind a massive support structure to play with. What’s left? A couple circuit layout would be interesting, but I imagine that would approach the cost of an entirely new, more modern ride.

I do it weird that the ride appears largely untouched two weeks after closing. With TTD and (presumably) maXair closed for the season, I assume CP closed WT early for a time sensitive reason. But then why hasn’t the train at least been removed from the track?

I don’t personally buy the “the ride is too expensive to operate” argument, given that Intamin impulses continue to operate at much smaller parks like Valleyfair and Dorney Park. Plus, if CP were really so desperate to save money, why wouldn’t they close WT immediately upon reopening after the pandemic, when I assume CP was hurting the most?

Do construction markings typically appear around a site prior to clearing/demolition?

Anytime ground excavation is being done, it is a requirement to have utilities marked.

I do it weird that the ride appears largely untouched two weeks after closing.
...
But then why hasn’t the train at least been removed from the track?

What's the hurry? There is zero indication that anything of significance is coming to CP next year, so it stands to reason that whatever is planned for this area isn't coming anytime soon. When the park needs to work in the park during the season, it's more expensive, if only because they install temporary decorative wooden fencing. Plus I assume there are additional costly safety considerations for work when customers are present versus when the park is empty. Why deal with all the hassle when they can instead just quickly tear it down in November?

I don’t personally buy the “the ride is too expensive to operate” argument, given that Intamin impulses continue to operate at much smaller parks like Valleyfair and Dorney Park.

Steel Venom is one of only eight coasters, Possessed is one of only seven, so perhaps the cost of running those is easier to justify given they represent a significantly larger percentage of the coaster lineup - 13% and 14%, respectively - compared to WT, which represented one of seventeen, less than 6% of CP's lineup.

On top of that, WT is a bit faster than either of those, therefore requires a bit more energy to run.

Plus, if CP were really so desperate to save money, why wouldn’t they close WT immediately upon reopening after the pandemic, when I assume CP was hurting the most?

Why do you assume this move was made out of desperation?

Every now and then we do get desperate........must of got lost somewhere down the line.

^^in regards to your what's the hurry comment.... if there's no hurry, because they can safely dismantle the ride in November when no guests are present, why would they have shut it down on September 6th?

A lot of this doesn't make sense to me. Again, as I mentioned in another previous post, I'm High Functioning Autistic. So, while I'm hyperfixated on some things and could quote instruction manuals front to back, coasters and their interworking are not my strong point.