The progression of the epidemic won't be over in two weeks, but it will be far enough along that at least commerce can resume.

That's indeed how it works, but the consensus now is that this initial 2 - 4 week plan is not enough time, with cases in the United States really not peaking out until June.

Ohio has been (surprisingly to me) a model of real aggressiveness, and now all the colleges and universities are just done for the semester. I would be surprised if all K-12 schools don't also follow suit, with more cancellations (The Toledo Marathon, etc.) pushed back.

It's going to be close, because a lot can happen between now and May, but as this has played out in more detail, I've gone from about 90% confident that Cedar Point would open on time to about 30% at this point. It sucks, of course, but it would be the right choice unless the current landscape is drastically different.

And the cases doubled overnight (nearly 30); but Jesus, we are so behind on testing it's embarrassing. Until that changes, we will remain behind. That's the piece we are missing.

Cincy had a nice article on how Ohio is leading the way...

1. People with symptoms can’t get tested unless they have come in contact with someone with a confirmed case of covid19

2. Because there are not enough tests.

3. Because there are not enough tests we don't know how many undiagnosed people with covid19 there are.

4. So people with covid19 can’t prove they need a test because the people they got it from can’t get a test.

It's all academic if the testing ****show isn't resolved. South Korea was testing 20k people per day, and Hong Kong and Taiwan, both examples of the right way to do it, were so on top of their testing. If we can't solve that problem, it's going to get out of control very quickly.

Asking out of ignorance, were Hong Kong and South Korea testing anyone and everyone, whether they had symptoms or not? If they were then that would certainly help with identifying the carriers prior to them developing the symptoms. If they were only testing those with symptoms then I struggle to understand how that puts them ahead of the curve. By the time you have symptoms its too late. Knowing what you have at that point doesn't seem real beneficial to me - if you are sick and have symptoms get the heck away from people, regardless of what it is that you have.

In short, yes. People were and have been getting tested if they are/were 1) showing symptoms, or 2) there was any indication that they was any chance of having come in contact of someone.

I would love to take one now just to find out, but I can't. Because we live where we live.

That way self-quarantine's can be tremendously more effective, and the country (and the world) can get a handle on just how bad outbreaks are in certain areas and important other stuff like mortality rates, symptom presentation, etc...

Here in Ohio, you can now access the "drive thru" tests, but that's only with a Dr.'s note and that's only if you have symptoms.

Then again, we look to our leaders, and the grand Cheetoh, who knowingly was in direct contact with someone who was infected, didn't see the importance of getting tested because "he feels fine". But of course, you can feel perfectly fine and still be a transmitter, in which case you should be in quarantine and not shaking the hands of a hundred people per day, because you could be unknowingly making things exponentially worse in your area.

You're right; if you are already showing symptoms you should not be heading out on a quest for toilet paper. But with broader and better testing we could also know all of those without symptoms who should also not be on such a quest, and we could actually get a realistic idea of what the problem looks like in Ohio and elsewhere, so that the illness can be tracked and monitored much, much better.

My wife was screaming at the TV as he was standing there at the news conference with the entire team of officials charged with getting us out of this mess.

Can we just call him Florida Man now that he changed his official residence?

Commerce most definitely will not resume in two weeks. The model you proposed Dave might have worked in a situation where both the response time and availability/administration of tests was implemented quickly and efficiently, but that is not how this played out. At all. In fact, despite the massive amount of closings and cancellations, that hardly accounts for the places people congregate the most: shops, banks (exchange of dirty money daily), churches, restaurants, bars, trains, airplanes, etc. Without a total shutdown (as many countries have done), this virus will continue to spread like wildfire. In fact the CDC has even said that by the time this is “over” most of us will have contracted the virus.

Again, your scenario would have worked in a forward thinking, proactive country. Alas, we have a long way to go before we see this thing start to go away.

Jeff can you explain this?

Closing the beaches at 5PM but leaving them open all day, is supposed to help prevent the spread?

#floridaman, I don't know. That's South Florida. It's like a different state. Fortunately those idiots won't come here because there won't be anything to do.

Regarding testing, I believe South Korea peak testing was like 50k per day. Nobody in government owned this because the people who would have quit a few years ago and were never replaced. This is why you have all these "acting directors" everywhere, unconfirmed by Congress. Justice, State and DHS are all operating like that. No one is steering the ship.

Our citizens returning from Europe at O’Hare, waiting for the enhanced screening to help protect us. 6 hours for baggage, 2-4 for customs. #SocialDistancingSuccess

If only a few were infected before how many do you think are now? 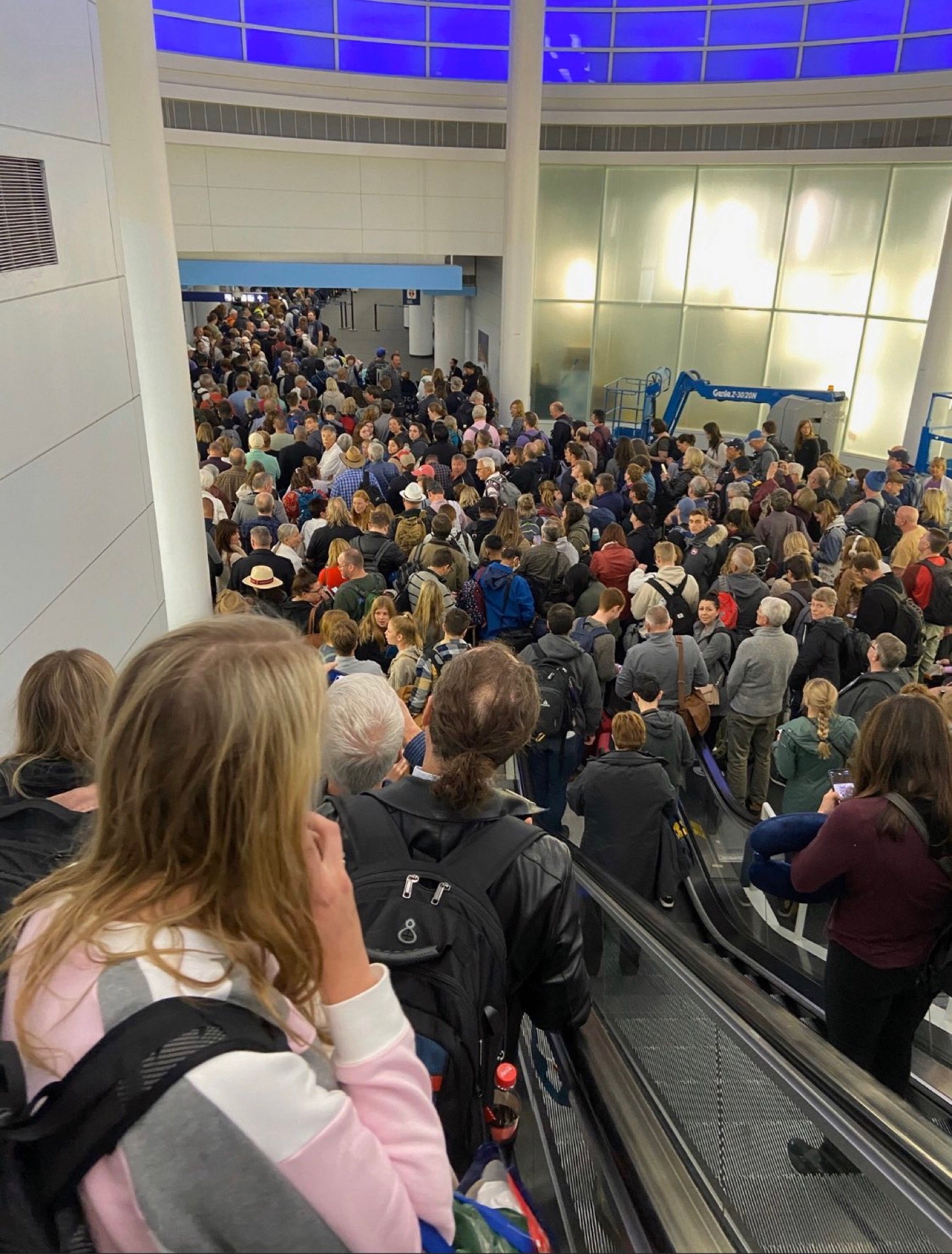 Cedar Fair's 'coronavirus update' is at the very bottom of Cedar Point home web page (or any page). No mention of CP and KI as they open later than the other parks. Carowinds and Kings Dominion are delayed by 2 weeks.

Kalahari shutting down until April 1. That might be optimistic.

Gov. DeWine mentioned this afternoon the possibility of Ohio schools being closed for the rest of the school year.

I'm glad he's taking it seriously. There's no federal leadership going on, and it's up to the states.

What makes me sad is how unwilling the general population is to understand the science, and why this is necessary, mostly out of concern for themselves.

My boss is in New Orleans, he said Bourbon St has been packed. Why anyone would want to be there now I have no idea.

Reality could be CP's opening weekend on Memorial Day weekend at the earliest.

Unfortunately, you may be correct. I personally don't think any parks will open until May.

I worried about everyone’s health on Bourbon St when there was no crisis.

There's no federal leadership going on, and it's up to the states.

This is just hyperbole. And entirely false. At least frame it as an opinion rather than fact.