...or details of her injury, an explanation of how it happened before a still-ongoing investigation is completed, her home address, why the park was so "rude" to a drunk nurse that pretended to be an e.r. surgeon chasing internet fame, what really happened to the emu that escaped...

^It is exhausting. That article was difficult to get through. Loaded with desperation and entitlement.

I am really just surprised that the Register actually has on site 'journalists'. I live in Green Bay, WI which is substantially larger than Sandusky and our local paper, what little remains of it, has not had local journalists for years (it is printed off site and is nothing more than an AP copy sheet with a little local advertising).

Why the CP representative even responds to the Register at all I find odd. The park obviously deals with media from the larger markets that are local TV news for Sandusky, there doesn't seem to be a clamoring for additional details from those network affiliates. Just ignore the Register, its a dinosaur and even those left the park years ago.

Yeah, their whole spin on this is extremely silly, pointless and desperate sounding. My guess is that they probably heavily rely on website traffic from out-of-towners searching Cedar Point news, and posting pointless complaint articles about CP most likely helps their traffic / ad revenue.

The irony is in the reality.

When this all started, I was actually taken aback by how forthcoming the park was from the get-go. Publicly. They could have chosen to say something like..."Well, there was an incident at one of our attractions.", or "At this time, our concern is with the parties involved. TTD will be shut down while we investigate what happened.

Instead the park publicly stated...from the beginning...that a metal object came off TTD and struck a park guest.

Was anyone else surprised in how detailed that little bit of info was?

I wasn’t. They were just acknowledging the obvious from all the other reports that were already public. Not a perfect comparison but would have been like the government not acknowledging that airplanes were what took down the WTC until after the 9/11 Commission was complete. 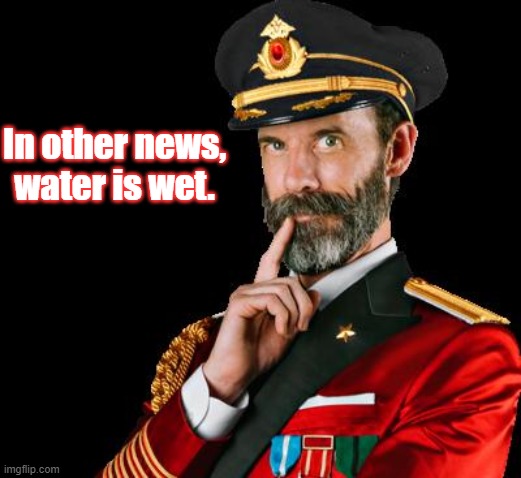 I mean, we saw the second plane hit the WTC on live television, so I feel like that's a terrible comparison, not just an imperfect one.

But to be fair, the details of Raptor incident - that a guest was struck and killed by a train within a restricted area - were confirmed by the park the same day. However in that case it was clearly not a malfunction of the ride, and in fact it was in the park's interest to get out ahead of that story quickly to be clear it was the guest's fault and not the park's.

The accident at TTD was clearly the fault of the park, so I can see Kevin's point that it's a bit surprising that they confirmed as much so quickly.

See I don’t think it is clear at this point the incident is the fault of the park. It could be if the park did not properly maintain or operate the ride but it could also be a design issue and nothing the park did would change the outcome.

I look at it this way - did the guest do anything that caused or contributed to the accident?

If yes, the guest shares at least some responsibility, if not all (e.g. Raptor).

If no, the park carries all the responsibility.

The root cause may be faulty design, but the park still installed the ride, therefore they assume responsibility for it as far as the park-guest responsibility relationship is concerned, which is what I'm talking about with respect to coverage of the event.

If one rents a properly maintained Toyota from Avis and the vehicle suffers a catastrophic failure due to design/manufacturing defects is Avis’s at fault? They were negligent for contracting with Toyota? I don’t see it that way but not being a lawyer laws don’t always make sense to me.

^It is exhausting. That article was difficult to get through. Loaded with desperation and entitlement.

I'm not talking about legal responsibility, I'm referring to the PR angle. The context of the discussion these last few posts.

The Raptor incident was 100% the guest's fault, so the park was understandably quick to get the details out as quickly as possible, so that there was no question about the safety of the ride, etc.

In the case of the TTD incident, it would have been understandable had the park been more vague about the incident, saying nothing other than "There was an incident at the park, yadda yadda, our team will continue to offer support to the guest and her family, yadda yadda, and we will have no further comment, yadda yadda." Instead, to Kevin's point, they just came right out and said precisely what happened.

I have no idea how it would work for a roller coaster but I would wonder there's a warranty period from the manufacturer as with anything you'd buy and after the warranty period has expired you're on the hook for everything?

^Not if it truly is a design defect vs. improper maintenance and upkeep.

^^^ Not only did they just come out and lay it all out there, but they did so within hours of the incident. It happened around 4:30ish, and by 7:00 that was out there.

Perhaps they thought best to get out as accurate information that the park had available at the time, knowing that there were hundreds of eye witnesses. And it is well known that eye witness accounts normally vary widely and become more speculative as time goes by.

Given the speed of the internet as opposed to 'news' reports - I'd guess it was likely deemed best to provide the information they had to prevent wild speculated rumors to spread without any editorializing from the park. (i.e. Nurse Ratched)

^^^I suspect if this were truly a design issue, we would have seen it much sooner than year 19 of operation. That's assuming that this specific failure hasn't happened in the past, which it "could have," although given the reported damage to the track, I'm assuming it has not.

That same thought crossed my mind as well, DVO. Dragster is not exactly a "spring chicken" at this point. But you're also correct that we do not know for sure if this or something similar has happened prior.

It's entirely possible that when the dust finally settles, neither the park or the manufacturer are to "blame", although some people have a hard time accepting the idea of not having a finger to point at someone or something. Sometimes really bad, catastrophic events happen with no rhyme or reason.

I doubt that many (if any) of us know what the exact inspection and maintenance procedures are for Dragster, specially concerning this very particular and seemingly inconspicuous part of the train. Hell, none of us coaster-nerds could figure out what it even was until someone (I forget who) finally found it in a photo.

I was also thinking that if Intamin truly thought a design issue were to blame we would've seen other accelerators closed by now if not immediately after.