What happened to the old Sandcastle Suites area, whats it like now?

I live in Arizona now (moved from Cleveland 7 years ago). So my trips are fewer and farther between instead of multiple times annually.

I just realized now that Sandcastle Suites is no longer (since 2017).

It still shows up on Google Maps surprisingly.

Thats a massive space. I cant find any articles or explanations about what they built in its place.

The park map looks like they built cottages or something? Or expanded the campground?

I know they expanded Breakers a few years back, but losing an entire hotel seems wild.

Has Cedar Point at some point changed its strategy? I always felt that they were building up, long game, over time to be able to compete with the Disney and Universal Parks for vacation destinations.

The location of Sandcastle Suites was the most prime real estate on the peninsula.

They have to do something new with that land eventually right?

The area is now home to an entire new area of Lighthouse Point - the Premium RV sites. They have a concrete driveway, paver patio with paver ring fire pit and Adirondack chairs surrounding it, plus an on-site propane grill and very nice landscaping. They are also almost always full. 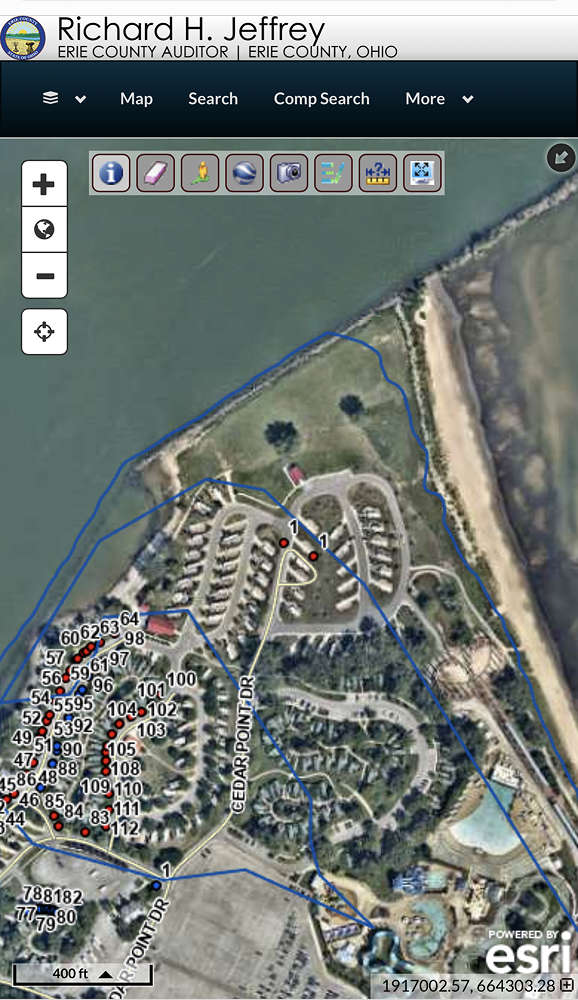 They left quite a bit of the space undeveloped. They can always place an out and back coaster in between Gemini and SV and have it turnaround at the most northern point of the point. They would have to reroute some of the road and get rid of some of the cottages/campsites to make it happen.

I'm not sure how much demand there actually is at CP for something on a higher tier than Breakers (and by extension, pretty much everything else in Sandusky), but I always thought that if they were going to go that route, a mid-rise 6-10 story tower on the Sandcastle site would be arguably the best location for one.

As has been established though, the biggest thing working against any sort of higher end something-or-other is just there being no convincing business case to keep the non-Castaway Bay accommodations open year-round. And even then, what would make the Sandcastle site the best during the season for a top tier place (the comparative isolation and privacy from everything else, mainly) also makes it the most inconveniently located for a winter season place.

Castaway Bay really is kind of the best possible location for any of the CP resorts to stay open year-round, since there's really no reason to have people trek all the way up the causeway in the wintertime otherwise.

As an aside, I've still yet to stay at the Kalahari; anybody that's been there want to chime in on how their rooms shape up vs. CP on one hand and vs. say the WDW hotel tiers on another hand?

This is one of the spots that always got me when people say CP is landlocked. If they really really started running out of room for expansion I'd have to believe they'd sacrifice camping spots/some of Lighthouse Point to free up room. They take up so much space

Space that allows them to basically print money.

I am a huge Breakers fan, I love the history, and I still loved staying there when it was a dump because it felt like stepping back in time.

That said, I loved Sandcastle and I'm sad that it is gone.

Breakers, in my opinion, is the prime location. Especially for the beach. Sandcastle Suites had beach to the south and not the north.

The updates to Breakers and Lighthouse Point are wonderful. I never even think about SS. Which, having never stayed there, I suspect was stuck in the 80s/90s.

Yeah, I do recall hearing that Sandcastle towards the end of its life was close to falling apart or at the very least looking rather worn-out.

Pragmatically, if I was going to armchair RCT that space, first I'd probably go with a second pool and play area for Camper Village/Lighthouse Point, considering how the current pool can't be that terribly convenient for the spaces and cottages on the lake side.

I'd also extend the paved boardwalk all the way to the corner, and maybe even further out along the breakwater a little bit as a fishing pier with some boat tie-ups.

Then I'd say put down a nice restaurant with a bar on the corner to give some night options that don't involve hauling it down to Breakers, and fill out the rest of the space with more cottages.

I remember the sweet old CRT TV's in Sandcastle. It was a dump.

Sandcastle was closed at the end of 2017. This corresponded with a Hotel Breakers expansion that opened in the spring of 2018. I think the number of hotel rooms lost on the peninsula was pretty much negligible.

It was a dump.

Well, I hadn't stayed there in many years. But when it was new is was nice, and I liked the view and the relaxed vibe.

I guess it was probably like an old car. Keep maintaining it and it can keep going a long time. But neglect too many things for too long, and it becomes cost prohibitive to rehabilitate as opposed to acquiring an alternate vehicle.

I think the number of hotel rooms lost on the peninsula was pretty much negligible.

Likely so and perhaps even added more rooms with Breakers’ expansion. Add in their off peninsula accommodations at Breakers Express, Castaway Bay, Sawmill Creek, and they probably now have more rooms than ever before.

The 2008 renovation to the rooms made them the best available rooms on Point until 2015 IMO when Breakers was renovated, but the design of the property was so outdated. By the time it closed, it was an eyesore.

I think a small boutique hotel on the Cedars plot could work, perhaps selling all inclusive rooms only that come bundled with all day drink, meal, funpix and fastlane or something. A very high price point and a small number of rooms.

I miss the adjacent Breakwater restaurant, which was torn down along with Sandcastle. It had such nice views, although the operating hours and food offerings were increasingly reduced over the years. However, the new RV sites there do look like a very nice place to stay, and I still love taking walks back there to enjoy the lake views.

I completely forgot about Breakwater. I was about to say I'm still surprised they got rid of it too, but playing around with the aerials, there's pretty much no way they could've made it work with how thoroughly they cleared the Sandcastle site. I think literally the only part of Sandcastle that's still there is the little gazebo off the retention pond by where the boardwalk path comes in.

I liked Breakwater too, used to go there often years ago. And I miss the Boathouse at the Marina too.

Years ago when staying at The Breakers, and if Coffee Shop/Perkins was slammin’, we’d walk over to Breakwater for their little breakfast buffet. It was similar if not identical to what they served at Castaway.

Best RV sites ever! This picture is close to where Breakwater use to stand. 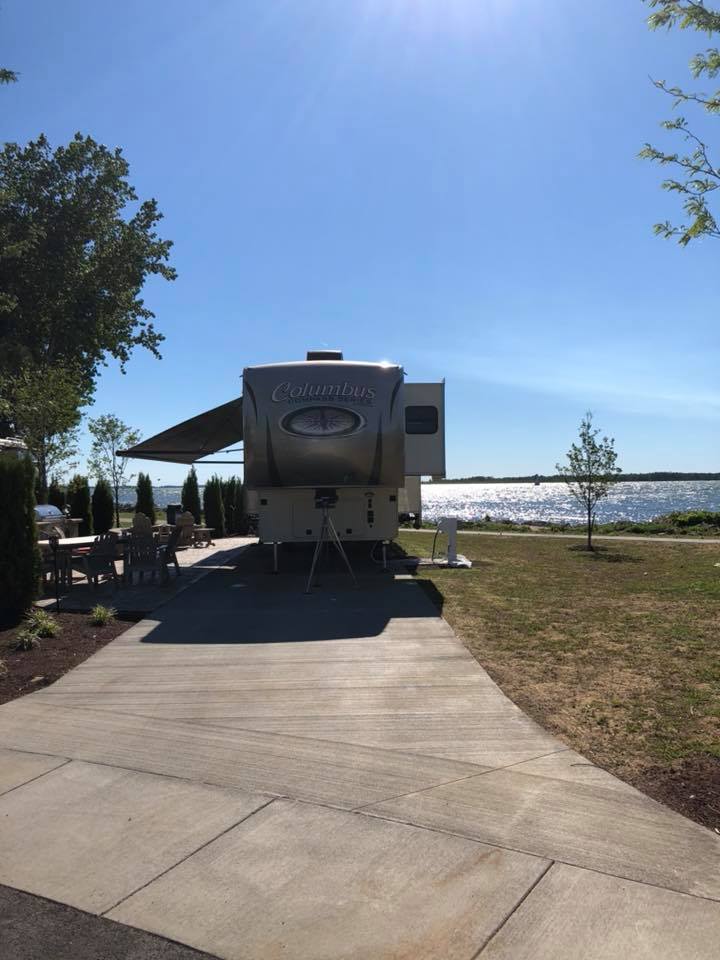 I remember the sweet old CRT TV's in Sandcastle. It was a dump.

We stayed there ONCE as a kid and I remember thinking even then "I never want to do this again, this is terrible". Father from the park, outdated gross rooms. Glad its gone.