So, what are your unpopular opinions surrounding Cedar Point and/or Pointbuzz? Here's some of mine:

I'll bite.
-yes it is.
-you're wrong. It's not the most intense ride but fun.
-now you are getting silly. Log flumes are amazing and the ones that exist are national treasures. Don't let STR skew your thoughts.
-i get it but not hosting the files themselves saves a ton of money on bandwith I'd imagine
-i would be ok with that, provided Intamin produced a ride that didn't have colossal downtime or was overengineered to be a joke (see STR)

These posts always work out so well on Twitter. :D Jeff and Walt will likely get some extra moderating practice in this week, especially if Indian Cuisine gets brought up.

- CP doesn’t need another woodie. Blue Streak is more than enough.
- WT is a joke.

- GK is one of the better coasters in the park.

- CP really screwed up the CPS expansion and it needs be much larger. Glampers be dammed.

- Pedestrian tunnels would solve much of the Perimeter Rd. issue. XD

- If parks need to stuff so many guests in each day that the average wait for popular rides is 90 minutes or more to be successful, then there is a problem with the business model.
- What, no mention of the lack of sailing charters? :)

Here's probably a less popular opinion among coaster enthusiasts and Cedar Point, the coaster capital of the world.

I'd appreciate more general entertainment rides, I don't mean family rides for an adult to squeeze in next to the child on a kiddie ride in kiddie land. More grandparents used to go to the park, too, back in the day.

Glad they're putting in some kind of paddlewheel ride again, we'll see how that goes. But I do miss the dark rides of Earthquake and Pirate Ride and the funhouse, too, hence, my name. And shooter, virtual reality rides aren't exactly the same as those either. My kids, when younger, didn't enjoy the shooter ride at KI and it wasn't entertaining as the previous ride there.

Young couples used to enjoy their "Tunnel of Love" type rides back in the day with their blossoming romances.

It doesn't seem like a well rounded park since they've removed those rides. Or maybe entertainment has moved beyond me. I don't know if it would be appreciated by others as it would myself. But I would think, if you enjoy Disney themed and immersive rides, you'd enjoy those rollicking amusing rides of the past, too, even if they aren't quite Disney quality.

So I hope they would consider doing more themed dark rides or fun houses, et.al. to round out the park and also help alleviate some of the lines at their famed coasters. Coaster riders might appreciate these type of rides, too.

Speaking as an enthusiast for the last 25 yrs., I would agree. Love that stuff.

Magnum is a top 3 coaster at CP.

Valravn is the 4th-best B&M at CP.

Schooner's bar is the best thing at CPS.

-All the Arrow coasters can be replaced for modern coasters and I wouldn't shed 1 tear. Their time has come and gone. But Corkscrew, Gemini, Iron Dragon, Mine Ride and yes even Magnum can be replaced, preferably by a modern equivalent and I would be happy. But I would like to see a nice modern mine ride from Vekoma (they made Seven Dwarfs at Magic Kingdom) or a Gerstlauer/Mack looping coaster. High Capacity and fun family coasters that could replace Iron Dragon and Gemini. Heck even a brand spanking new B&M out and back hyper/giga to replace Magnum.

The age of coat hanger designs for coasters should be left in the history books. Over the next decade or so, modernize by removing and/or replacing these rides.

-Steel Vengeance is actually TOO wild. To me, it's a good ride but not as great as I once thought. After two seasons now, I just.. don't care for it all that much. I will get 1 or 2 rides a visit in, but I'll spend my time elsewhere.

Magnum is a top 3 coaster at CP.

Valravn is the 4th-best B&M at CP.

Schooner's bar is the best thing at CPS.

Agreed save the CS. Not a fan, too rough for me, have fun on it though.

These posts always work out so well on Twitter. :D Jeff and Walt will likely get some extra moderating practice in this week, especially if Indian Cuisine gets brought up.

- CP doesn’t need another woodie. Blue Streak is more than enough.
- WT is a joke.

I actually really like Wicked Twister! It's a really fun ride if you ask me.

- GK is one of the better coasters in the park.

I'm going to have to agree with you. My problem is I'm not a fan of the restraints. I hate those vest restraints.

- CP really screwed up the CPS expansion and it needs be much larger. Glampers be dammed.

Perhaps you need one of these... 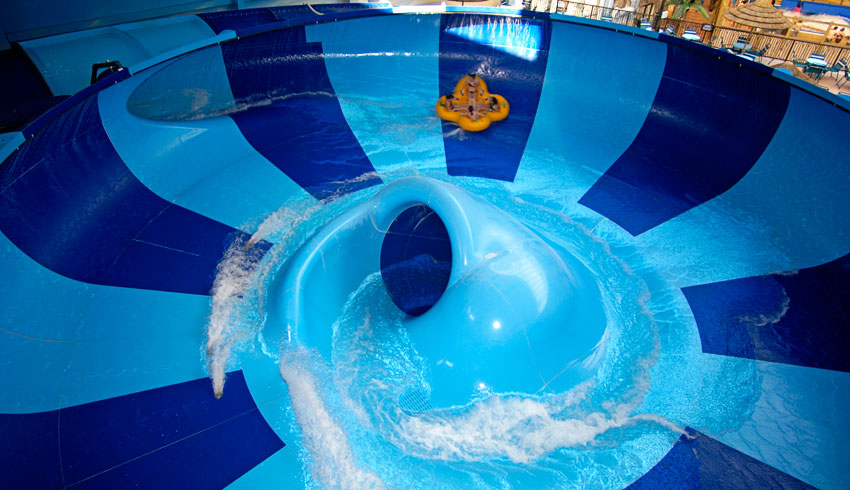 - If parks need to stuff so many guests in each day that the average wait for popular rides is 90 minutes or more to be successful, then there is a problem with the business model.

I think we've been complaining about that for a while. If not, then we have something new to complain about.

- What, no mention of the lack of sailing charters? :)

I must've been tired while making this post. But yes, I'm still estatic at the thought of CP having sailing charters. Wait...Add Scuba diving onto that list as well! In all seriousness though, if Cedar Point did announce sailing charters I'd be ecstatic!

1. I think that RMC car engineering is plain poo. Just ask anyone who has ever changed a wheel on one (rightway round or otherwise) or anyone over 5'7" that has been folded into the "seat" of one. Awful.

2. I think that Mantis should have been removed instead of "upgraded" to Rougarou. It is freshly awful for whole raft of new reasons. Seriously, put WT or Tha Fling there instead...

3. I think that Intamin makes better overall coasters than RMC. Don't get me wrong everything that RMC has touched has had a fantastic ride envelope. But operationally they are just poo. Years of debugging, poor throughput, over engineering, and less than spiffy customer support. I wouldn't be too surprised if CF as a whole migrates away from them.

4. I think that CP shows are really, really entertaining. Especially in the last few years.

5. I think that Dragster runs a lot more often than it does not.

6. I think that The Gold Pass is a fantastic idea that will improve attendance and will change the park for the positive. If any of you think that this is a bad idea I would postulate that you do not posses all the data points involved and you are having a gut reaction for personal (most likely personally greedy) reasons.

I wish CP was working with Intamin. I find B&M's, generally speaking, just dull. I love DB at KI and GK is okay, but I feel like if you're ridden one B&M you've ridden them all.

Years of debugging, poor throughput, over engineering, and less than spiffy customer support.

You just described exactly why Intamin has such a piss-poor reputation in the US. That you are using these traits to describe why Intamin is superior to RMC shows a complete detachment from reality. At least with RMC, their issues are more the exception than the norm. The same cannot be said for Intamin.

And RMC doesn't tell their customers to pound sand when there is a problem with their product.

Has RMC installed a 24hr tech support center in Steel Vengeance I am not aware of?

It’s obvious I am a big fan of WT, so perhaps I’m biased. However, calling it a joke is extreme. It’s an amazing launch coaster. At some parks, WT would be the star attraction.

Unpopular opinion: Cedar Point was more fun to visit and work at during the Kinzel era.

Yes, current management has made great improvements and updates to the beach, hotel, and some areas in the park that I’m very thankful for, but guest experience is more important to me than physical beauty. I’d much rather look at the dull beige water slides in soak city if it meant that the attractions would actually be open. Or how about the importance of employee training and retention back then.

Are we the same person? So perhaps your opinion is popular after all??

1.) Magnum location would make a prime spot for a beautiful GCI along the beach … Magnum being scrapped would not bother me in the least.

2.) Steel Vengeance is extremely overrated. Fun, but I actually miss Mean Streak (seriously). I always had a good time on it.

3.) Cedar Point is a fantastic park, it is nowhere close to being the best park in the world. Coaster selection is above average, but outside of that that alone the food, resorts, operations, family attractions, etc… No contest, especially to places such as Europa Park (using as an example because they are often compared…).

4.) I really miss Luminosity (the second and third year were best). Before Luminosity was loaded up with “boomer” music (hehe…) and the park neutered the DJ down to nothing and the show lost its way.

#3. - they scrapped the idea of trying to retake the best title, when the top tier management no longer saw CP as particularly anything better of a cash cow than what Carowinds Could become.

For me, it's - Top Thrill Dragster is overrated.

djDaemon: I think the number of days that SV was "unavailable" this season until later in the day (even on days when it was one of the the early entry coasters) or not at all, appears to support that it is more the norm than exception for it to be not working... a full year after opening.