Well, it's been revealed!

Based on first impressions alone when it comes to the map I feel like this will be an overall awesome attraction.

Note the boat on the far left side of the picture.....

Hopefully the attraction isn't as boring as this slow build reveal. More companies need to learn from the Apex Legends thing. There was no buildup. No teases. It just launched, and became a hit.

I had no idea what Apex Legends is (until just now when I googled), nor do I care now that I know what it is; but how does one make a comparison between a video game launch and an amusement park?

This slow reveal is exactly what makes it intriguing.

This first "piece" is a lot more interesting than I was thinking. My two daughters (7 and 11) are pretty stoked about the whole thing.

That's kind of what I see....hope so. I've heard rumors in the past couple of years that Paddle Wheel would be making a return..maybe this is it?

It isn’t. Those clearly are rafts designed as “challenging” transportation over a small bit of water. There’s a line that runs through each raft and the concept will be one of team-building where several adventurers will board a raft and will be required to collectively pull themselves to the other side. (At Europapark the exit from their well-themed circular raft ride goes over a pond and is this very thing) Alternate access to the little waterfall area will be over that weird flotation bridge,- maybe visitors can take their pick of how they want to go depending on their mettle. I imagine a story line and a character host or two will guide visitors through it. This is only a portion of the entire attraction and isn’t nearly as large as some of you seem to want to make it, not is it as mysterious.
At any rate, I can assure you Paddlewheel Excursions will not be included as an addition to the park and what you are looking at are not paddlewheel boats.
Edit- the post mentions a larger boat in the upper left. Still not Paddlewheel- there’s land surrounding this pond. It’s probably just something interactive and hopefully clever.

What I find potentially interesting about this attraction is how it will be staffed. The way I see it the ops will have to be a little bit of Operations and a little bit of Live E rolled into one. It would be an interesting place to work and not everyone will qualify for the job- they’ll be looking for someone special.

but how does one make a comparison between a video game launch and an amusement park?

It's all about the hype these days. So far Corkscrew getting the trains repainted is something I would plan a vacation to see.

This outdoor escape room, being revealed one square foot at a time? Nah. There's no hype here.

Which is odd, because normally Cedar Point is all about the hype, and all about knowing how to advertise properly to build the hype.

Well this is clearly not something geared toward you.

The large boat could be a refurbished paddlewheel boat that will be docked as a stationary attraction or scenery. Myself the real interesting peice of information is that they refer this area as the Snake River Crossing. This means there will be access to the island from over next too Snake River Falls. I like the slow build up, it definitely keeps me coming back to the blog everyday for new updates. Which is what Tony and the advertising department was looking for. Lets face it, Forbidden Frontier is not geared towards the big thrill coaster riders, it is geared to the family groups with not quite as adventurous childern. Big coasters draw the crowds in large masses, interactive family attractions keep them coming back. Don't believe me, then ask Disney and Universal.

Goofy213 said:Don't believe me, then ask Disney and Universal.

The 236 days a year of sunny weather play a major factor in that.

What Goofy said is (I think) where people's heads are about that docked boat; that is, not that Paddlewheel Excursions is coming back as an attraction, but that perhaps a refurbished boat from the attraction (preferable the ones that actually had the paddle-wheels from my youth) will be a part of the overall attraction in some way.

And the idea behind it being some type of "outdoor escape room" is simply not accurate. It's an immersive, interactive island that you can engage in to whatever degree you like; from participant to bystander.

Revealing a little at a time is Hype 101. 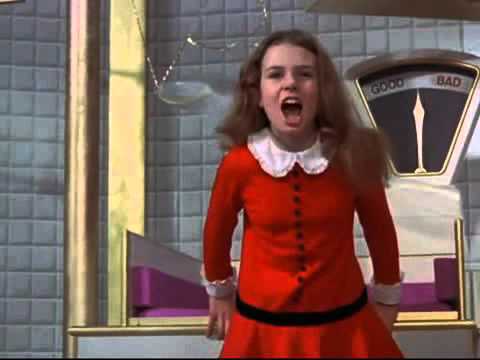 I'm excited for this, and happy to see what looks like Shoot the Rapids waterfalls reused

...the real interesting peice of information is that they refer this area as the Snake River Crossing. This means there will be access to the island from over next too Snake River Falls.

It seems pretty clear that the access will be from the StR plaza. The "Snake River Swamp" name is presumably just due to the proximity to the ride.

...perhaps a refurbished boat from the attraction (preferable the ones that actually had the paddle-wheels from my youth) will be a part of the overall attraction in some way.

Would those boats fit in with the frontier theme?

That's a fair question. I think with the way that the park has integrated their version of "Frontier", the answer is yes. You have everything from a mine train, the flying machine, animated outlaws (steel vengeance), Lusty Lills, log cabins...I think an old-time paddle-wheel boat isn't much of a stretch.

I am excited after seeing this first rendering. Very "Tom Sawyer's Island" ala Disney.

I just hope there's a big playground over there, and a beer cart.