I drove under Magnum, off season, nobody stopped me!

Yes, it is true. I once drove up to Cedar Point off season. I drove around the parameter and eventually under the Magnum and up to where the employees park. I was expecting a security vehicle to approach at some point. How many people can say they have done that?

Plenty because it's a common thing in the offseason.

I've driven my own car on the midways. Literally all of them. What do I win?

How did that happen?

The black shirt higher-ups were off duty that day.

I’ve been a passenger in a vehicle that drove under blue streak and onto the midways, frontier trail, etc. There were 8’ high snow mounds that we climbed, and we had a snowball fight in the infield under dragster’s tower.

After that, we got to warm up in the Dragster engine room, and saw the motors half taken apart

One time Tony Clark put me on his shoulders and personally walked me up and down each midway and underneath each coaster in the park. The snow mounds that day were 12 feet, and I beat every black-shirt-higher-up in the biggest snowball fight ever. After that we all had cocoa around a big bonfire in Dragster's infield while seeing campfire songs, so........ 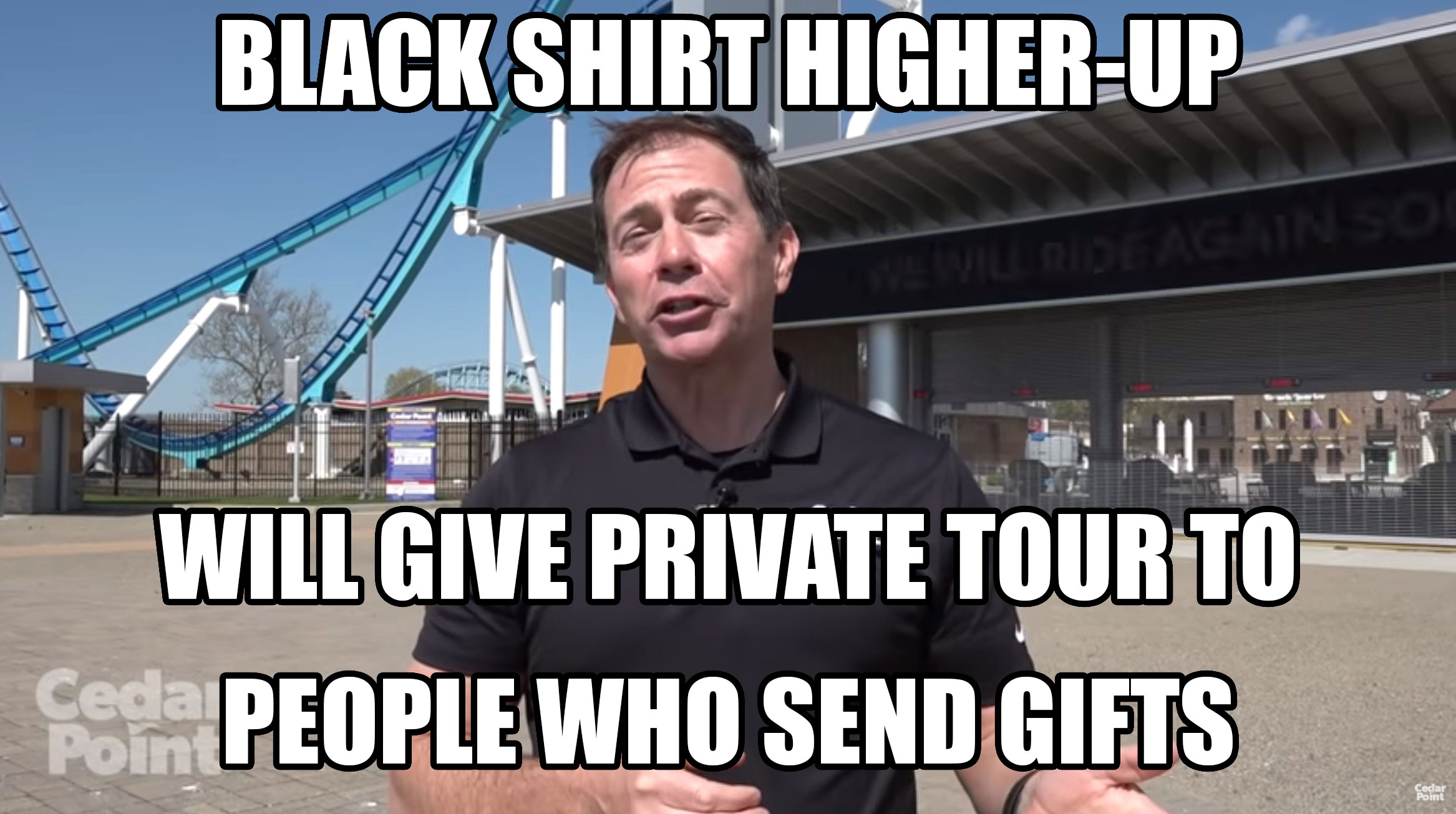 Here is a picture of my hood as I drove my car through Soak City in the snow. This has gotta be bonus points since its Soak City right? Nobody ever cared about Soak City. 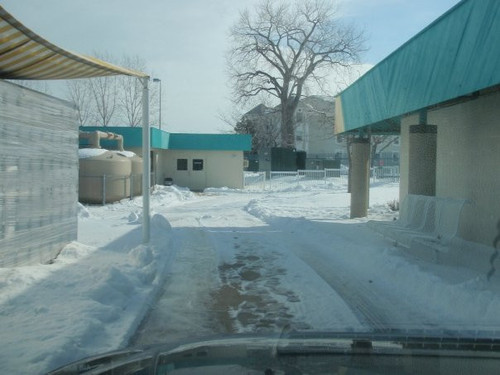 And here I thought this was you after getting off Disaster Transport...

I've driven my own car on the midways. Literally all of them. What do I win?

Well, I've ridden in a car on the midways before the park opens a few times. Do I get Honorable Mention??

I once drove the Merry Oldies cars from storage to the ride location at GL during pre-season.

Is that at a super rare enthusiast award for the park being defunct?

This is a fun enthusiast pickle measuring contest game!

On driving in the park in the winter, that's honestly a little scary. There are a few pinch points and blind corners that are unlikely to cause accidents, but it does get a little slick. As I recall, that year at least, they used the hay bails as "curbs" or maybe as snow fences. And of course, leading up to Millennium Force in 2000, driving through the park was the only way to get to the other side.

Thankfully in the winter there isn't much traffic once the park is completely shut down, typically after Thanksgiving, so your chances of hitting another vehicle is slim outside of a construction area. Some parks will actually close tight midways in the winter or wrap up poles/corners with padding. As Jeff said, when the park reroutes Perimeter Road through the park due to construction, they will use the hay bails from Halloweekends to add a "bumper" around benches, trees, light posts, etc for traffic that isn't familiar with driving through the midways.

Hays for horses, straw is cheaper, grass is free.

Marry a farmer and you get all three!

Maybe they will expand the barnyard for the big 150?

Hey all you off season drivers, I plead with you that next time you drive under Magnum, please snatch the Chief Wahoo baseball cap I lost last Saturday. A bit worn and tattered, but my favorite cap.

Those are straw bales, not hay.

I just have a habit of calling them hay as a generic term. I was apart of the team that would decorate the park with those and everything else during Halloweekends and even though it was straw, we just always called them hey bales. I know the difference, grew up in farm country :)