Thank you, Mac. I may have to inform the husband of that fact. It's been a while since we've gone out for anything significant.

I remember reading somewhere that businesses that attract visitors from out-of-state will likely be among the last to reopen in Ohio, as it’s possible someone from a COVID hotspot could come in and infect more people. Maybe that’s part of their rationale for opening parks later? Most people aren’t traveling from out-of-state to go to movie theaters and laser tag centers.

People can travel from other states to visit zoos here. I've been to out of state zoos before.

^ I would agree that the veto is most likely inevitable; at least at this point. I'm not sure what the timetable for HB 665 is.

The attendance of the Columbus Zoo rivals that of Cedar Point; over 2 million per year (and that does NOT include the waterpark/amusement park numbers).

I worked at the Columbus Zoo back in the 1990's; I can assure you that the out of state/country visitors were equal to Cedar Point's (if not more), and that was before the huge expansions of the 2000s.

I'm not sure how this would not be considered a potential "super-spreader"....and I'm also pretty sure that Cedar Fair has a very well laid-out plan for limiting crowds.

It's gotta be based on visitors coming in from areas where the infection rate is higher. But then again, look at Seiver County, TN data since Gatlinburg and Pigeon Forge reopened almost a month ago. Since May 18th, they have seen 24 new cases. And that place was packed the weekend of May 18th, nobody practicing social distancing, wearing masks, ect....

What I was getting at, and implied but should have called out, is that the parks attract people from huge geographic areas across several states. Movie theaters, and even zoos, are largely local affairs.

Tens of thousands of people gathering outdoors is less risky to individuals, but the problem is that the potential for a large scale "super spreader" event is high. I don't know if there's any scientific precedent, so it feels very gut based a decision.

That said, I'm not a fan of the gut approach...

But the thing is that they have literally two parks to consider, so they could have designated operational parameters instead of not allowing them to open. I haven't looked into it, but I assume there are capacity and distancing requirements for indoor FECs to open. Why not do the same for the amusement parks?

This has been my frustration in Michigan as well. Instead of picking and choosing who can open, why not instead create requirements for places to open? Government should generally not be in the position of choosing who or what can engage in commerce, but should create a framework for commerce with public interests in mind.

I don't disagree, but there aren't clear rules about how that works in a pandemic. Not defending any faction, just suggesting it's complicated.

Understandable. But can we tempt you with an adorable baby gorilla? 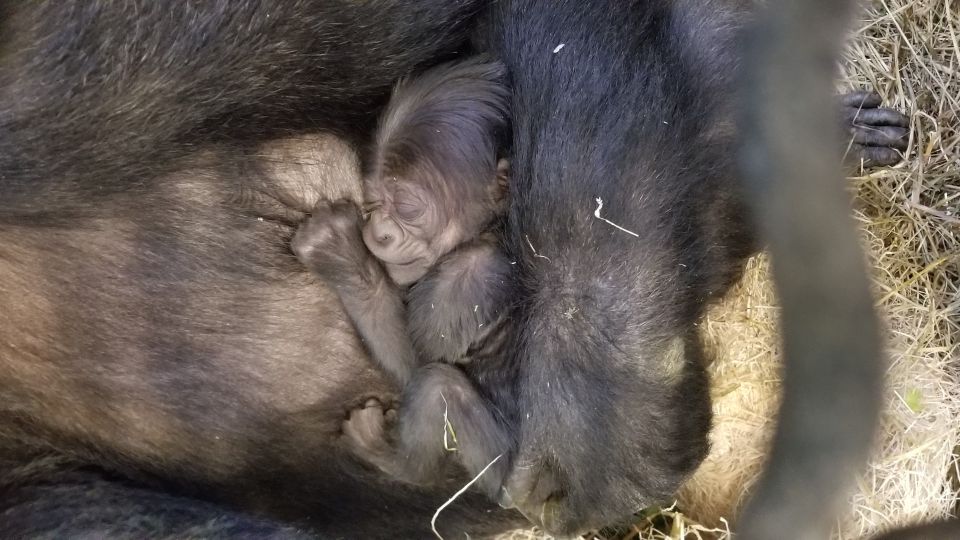 
When hair salons and restaurants reopened in Ohio there were stories about Michiganders flocking to Toledo. Could happen again with movie theaters.

I guess I can see the demand given the circumstances, but not me. We have a drive in close by that is open now.

I don't disagree, but there aren't clear rules about how that works in a pandemic. Not defending any faction, just suggesting it's complicated.

When hair salons and restaurants reopened in Ohio there were stories about Michiganders flocking to Toledo. Could happen again with movie theaters.

And again I ask... to see what films? Even if there wasn't a pandemic on, I certainly wouldn't be going to the theater and paying those prices to see old films.

What I'm reading, hearing, and understanding is this:

Cedar Fair is saying: We are responsible and important enough to the economy of Ohio to be given a chance to show that we can do this safely. We have a plan based on the plans of other facilities, some smaller and some much larger than our own.

I wholeheartedly agree with Jeff that it's complicated.

That said, I also trust that Cedar Fair has the data to understand the demographics and behavior of their guests, and how to implement a safe guest experience.

More or less what Brandon said. Honestly, if the Columbus Zoo and Aquarium (which, to those of you unaware is no longer a one-day thing....I realize that is hard to understand unless you've witnessed it)...I cannot fathom why Cedar Point/Kings Island is being asked to play by different rules.

I think the people musing about capacity are on to something. Strictly guessing here, but the busiest days at a place like the Toledo Zoo is probably 5,000 or less. It's just not that big of a place, and as others have said, it's more of a local draw. And I haven't read it, but I assume they will have limits on capacity as other places have needed to do. That's a far smaller number of people gathering than what you'd have at CP, even if CP greatly restricted their capacity. Plus then you have all the people traveling from potential hot spots in order to get there, and employee dorms and hotels that could themselves easily become hotspots.

This is true. Unless you skip some things, or have an iron constitution, you're gonna get wiped way before you see everything. CBus' zoo is ginormous. And that's before you factor in the huge waterpark and the small rides section AND the new wildlife area-slash-shopping village they're building over there.

(How big is the zoo's waterpark? It used to be its own independent park, Wyandot Lake, before the Zoo bought and refurbished the place and renamed it Zoombezi Bay. I actually went there once before it was closed and rebranded- it was there that I learned that you cannot play Gauntlet with your brothers for they cannot be trusted to not consume all the healing items they don't need. 'BLUE VALKYRIE NEEDS FOOD BADLY' still echoes in my ears to this day.)

The Toledo Zoo? It's nice, but small. 62 acres. I have a couple friends who own more land.

I don't mean to keep harping on this, but the Columbus zoo is nearly 600 acres.

Over 2 million guests a year from all over the country.

350-ish acres with guests from Ohio and Michigan.

But it's fine. Open the zoos. Who do you trust, Jason McClure or Jack Hanna?

I've spent time with both, and trust me, your answer should not be Jack.