Last year we were treated to a nice 3 day preview of steel vengeance, any word on the special treatment passholders get this season?

Yes.
We saved $8 renewing our passes over buying a new pass.

Nothing specific was announced at WCO, but Jason/Tony said they received a lot of positive feedback about the Steel Vengeance preview event so something may be in the works.

Considering that this year's addition is smaller, I'd expect a smaller preview. Given the hint DSShives talked about, I do think it's a possibility - perhaps even more likely than not - that we'll get something. But I wouldn't expect an extravaganza on the scale of SV.

Mine says I get free parking. Is this a standard special treatment or one reserved for my own ego? 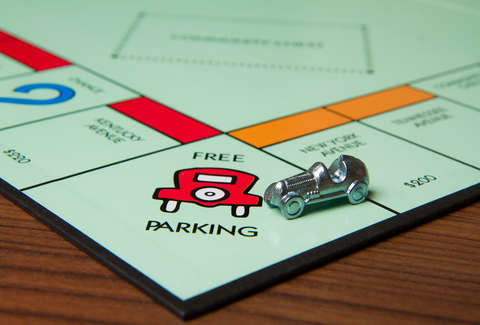 ...any word on the special treatment passholders get this season?

Mine says I get free parking. Is this a standard special treatment or one reserved for my own ego?

If you were a woman, I would kiss you. Thanks for making my morning a little better.

I'll be satisfied with one free day before opening day, can't wait🎢🎢🎢🎢🎢

That would be awesome. May 10th, here we come(after I get out of school)!

Looks like May 24 passholder appreciation is visiting Forbidden Frontier, 11-7😎

I went to pass holder day in 2018 and I thought is was a bust, it is just another day to appease the season pass holder. 2019 is no different. Look at Carowinds and Copperhead strike, Carowinds closed down the line to Copperhead Strike at 8:00 P.M. I don't think anyone was going there for the new flavor of cotton candy. Bad move Lisa Stryker.

Cedar Fair needs to scrap this pass holder preview day and instead give every pass holder a "Fast Lane" pass in which they can upgrade into a "Fast Lane Plus" pass for $ 20.00 more.

Tony are you listening?????

He is probably listening and laughing.

As for 2018, you are literally the only one I have heard call it a bust. Free food. A chance to ride Steel Vengeance. Plus unlimited Maverick rides. All for free.

And no, Cedar Fair does not need to give you free Fastlane for your already heavily discounted admission. It’s been said before and I’ll say it again. Your pass entitles you to admission into Cedar Point on every operating day for the season you purchase it for. Platinum Passes are valid for every park in the chain, and are an unbelievable steal. Anything else is sheer bonus and good will on behalf of the park. You are owed jacks**t.

Not to mention, this is the second time today I have seen you call out Tony Clark for listening as if he calls the shots. What an eye roll moment.

I went to pass holder day in 2018 and I thought is was a bust, it is just another day to appease the season pass holder. 2019 is no different. Look at Carowinds and Copperhead strike, Carowinds closed down the line to Copperhead Strike at 8:00 P.M. I don't think anyone was going there for the new flavor of cotton candy. Bad move Lisa Stryker.

Cedar Fair needs to scrap this pass holder preview day and instead give every pass holder a "Fast Lane" pass in which they can upgrade into a "Fast Lane Plus" pass for $ 20.00 more.

Tony are you listening?????

I didn't know Lisa Stryker made that call to close the line early...do you know in fact it was her who said to shut the line down? At the point of it shutting down, I eyeballed it to be about a 2.5 hour line...if they kept it open until park close that night, it would have been 12:30 or later (with more folks entering the line) before the ride could be shut down and then the ride crew would have to go through their nightly closure tasks....leaving them to leave likely after 1 am. It was a smart business decision, as anything typically after park close brings $0 in...labor still costs and the crews do need their rest for the bigger event (opening day).

Tony wouldn't be listening to you if he listened to anyone on PointBuzz. There's a way to go about suggesting things but to be an entitled jerk won't be the way to "get what you want."

2018 passholder preview was NOT a bust.

2016, IMO, was a bit of an issue. The fact that OSU got all day while passholders got a half day (Or at least the liens were full of OSU day people by the time the preview entered, even if OSU day theoretically ended first) annoyed a lot of people. I forgot exactly how it went down but there was quite some backlash.

But for 2018 it was a great idea to separate OSU day from the previews. I don’t see how that was a bust at all - they even offered 3 days of it!

This year is more comparable to 2017 where they trade a preseason preview for a preview of the new attraction that opens a bit later into the season.

I enjoyed last year's preview night/week. It seems that this year might have been more difficult to accommodate such an event because the Forbidden Frontier is not opening until one week after the park opens.

^Yup, just like CP Shores, they didn’t do a preseason preview in 2017 but they did a passholder preview day for the waterpark!

I really enjoyed the preview last year. Fortunately, I had eaten all of my free food samplers before getting in line for SV. I actually had a great time talking to the other guests in line next to me for the 3 hours we waited to get on SV before getting on the last train they ran for the night. They shut it down early, I believe because the seats wouldn't unlock without the magic box. I probably would have been bummed had I gotten in line a few minutes later and not gotten to ride after using half of a vacation day and driving 2 hours from Detroit.

All in all, I was totally impressed by the event. Would love to seem them do it again for their next big new opening.

1) Is it better to buy one season pass & then get the “bring a friend” discounted ticket for the other person?
Or 2) if the bring a friend tickets aren’t that discounted, we are staying at Breakers so maybe have one pass & buy a ticket at resort?
I don’t know what the discounted prices are so I can’t do the math.
I’m thinking no need for the platinum pass since parking is covered when staying at the resorts.
3) Do they still take pics for the passes?
4) I found the parks page on gluten free availability, but it’s so limited, I wondered if anyone has found the dining plan to be worth it if you can’t have gluten.
5) Where is the search area so I can check if these questions have already been asked?

Allegedly you get the best price on tickets by bundling with a room package.