Thanks for the video! I knew they were spraying some kind of liquid! You can see the squirt right at 29 seconds, and more gushing at 42 seconds. You can see a vapor cloud near the end of the launch at 1:08! That's where I was dripped on when walking underneath the track entering the line queue!

Post on the Cedar Point Reddit this morning with an aerial view of TTD. Looks like launch side is gone all the way up to the last section or two of flat track. And two or three sections of flat track post-top hat still exist. Would a launch rework have required the brake side to also be completely removed?

Look at all that juice!

It is somewhat interesting me that haven't even touched the supports yet.

They may have removed a few of the supports between the station and halfway through the grandstand. It's hard to see, but it appears that only the foundations remain for some of them.

If these were taken within the last day or so, it would seem they've removed less track this week compared to last.

Yeah I saw some photos last night on Twitter that looked like nearly every piec of track that wasnt attached to the tower is gone. Pretty wild.

RMC is doing hype videos.. its getting the speculation pot churning.. the whole RMC giga rumor being a TTD re-imagining.

Alot of youtube channels and people on Twitter believe the 500ft reverse spike swing conversion is 100% legit.. but to me that just doesnt make sense.

The whole swing launch rear spike idea would be a capacity nightmare.. with only 1 car on the circuit swinging back an forth through multiple launches it would take forever to churn through people.

Thats why IMO.. I think my idea of a new compact thrill layout ending in a launch over the tophat makes way more sense and is still a possibility.. block zones can be added and capacity can be increased immensely.

If CP invests 20M in a mid/compact layout in dragsters current infield/footprint ending with an end course LSM launch up the tower it could really work. I did a mock up in UC2.. I switches the the inline twist to the upside of the tower too.. made more sense for a "space/rocket" themed ride.. 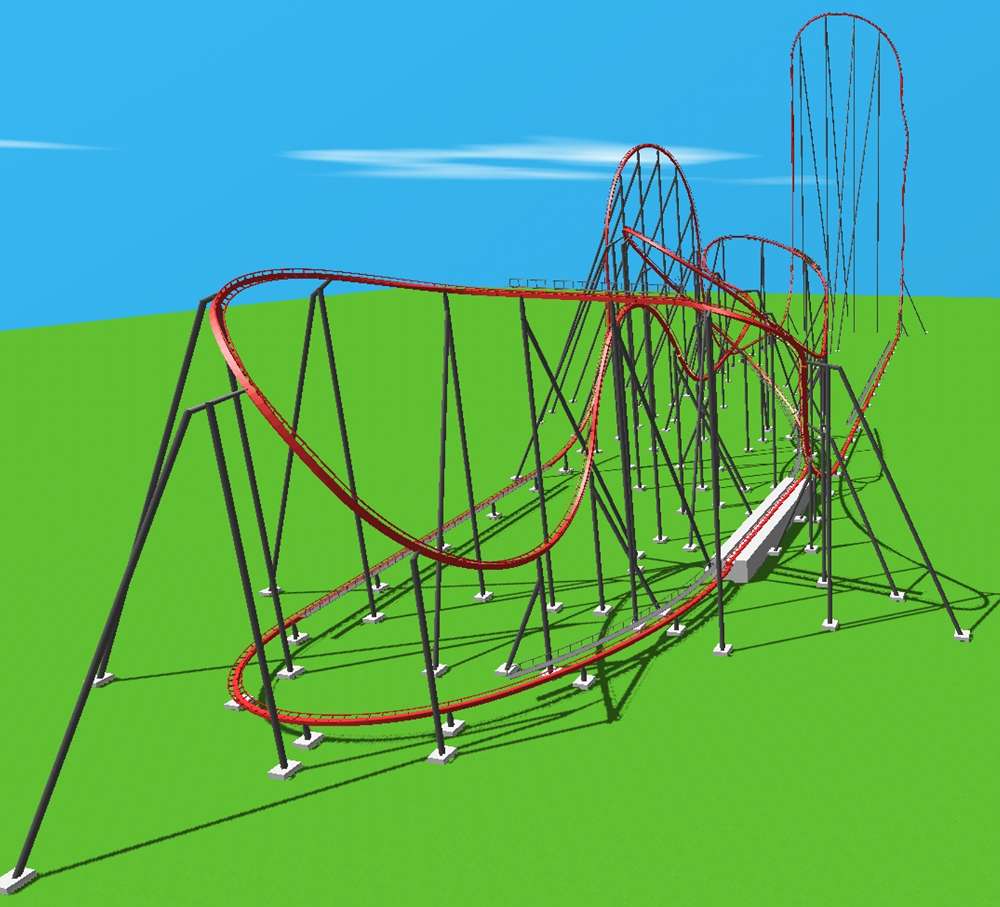 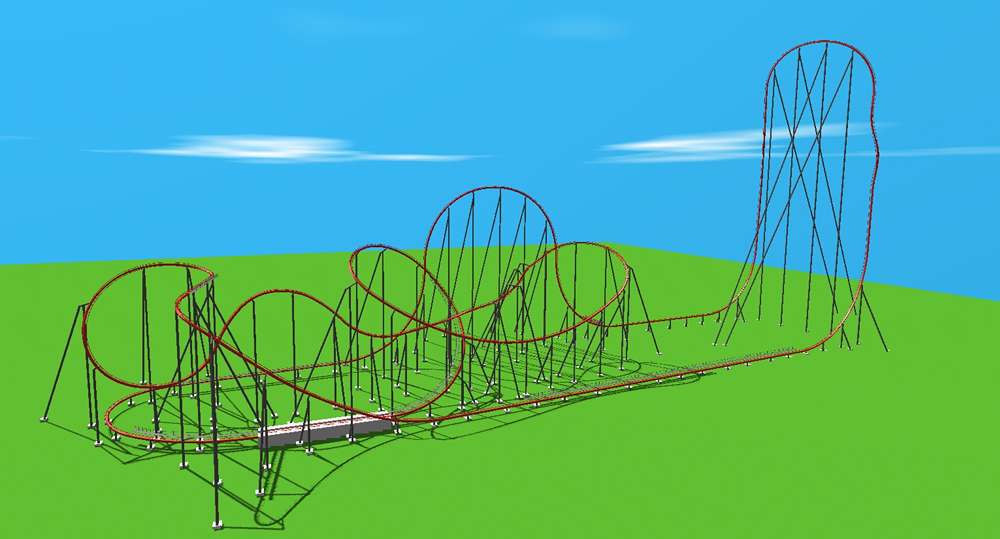 One would think that to add onto the existing layout, deep holes would be dug and reinforced concrete footers installed. That hasn’t (yet) occurred.

And I don't find sexuality to be obscene. If you do, I dunno, maybe see your therapist, but don't tell me how to run the site.

Thanks for the ad hominem. Not telling you how to run your site, just holding you to the standards you set. Be it “obscene” or “sexually oriented.” Either one a breach of TOS. Not really material to the topic at hand.

I want to echo how impressed I am with Dave’s knowledge on the tech aspects of TTD. Very cool to learn.

Seeing the supports intact makes me believe Jeff’s theory more. I don’t think Reprofiling is out of the question. Steel coasters have been seen changes to layouts before on less involved overhauls.

However, I was always most impressed with that insanely quick 0-110+MPH launch! No production car in the world could match its acceleration. Would be twice that of a Tesla Model S Plaid.

Actually, the Plaid is slightly quicker at 0-120 in 3.84s. But yes, the acceleration was ridiculous and definitely made the short ride worth it.

A Tesla model S Plaid is much faster than Top Thrill Dragster at 216 MPH.
Quicker? Dragster is.. was.. king.

speaking of changes to existing steel structures of roller coasters. When Phantom’s Revenge debuted, all the new track and supports were from Morgan. Then a few years later (2008?) more track was replaced. The original drop through to the Morgan track (half way down the second drop) was re-profiled and replaced. NOT by Morgan nor per any roller coaster / amusement ride manufacturer. while this change made for a smoother ride with a little less “Arrow” intensity, I question the replacement (are they) collars? (The metal piece between track spine and support structure) definitely, umm custom fabrication. Very unlike any coaster manufacturer and quite chintzy. Here were are 14 years later.

short of it: this reimagining = endless possibilities

August, I'm not saying they are adding a bunch of elements that need footers, but I think you're assuming this "change" will be done by 2023. If this is a bigger change, I can see this project extending opening into the 2024 season. Plenty of time for footers, etc.

This ain't no Kennywood hillside-assisted hunk of junk. Chintzy ain't going to cut it for Cedar Point.

I never said 2023 lol! I doubt it will be, actually. And don’t actually care. It’ll open when it opens.

The way you said they would have footers in and they haven't yet done that sounded like if it hasn't happened already, it wasn't going to. But ok.

That’s fair. I suppose that’s because I don’t imagine they’ll be adding any significant changes to ride length. But it’s possible. Just hast (yet) occurred.

Question is then, when RMC did their re-imagining of Mean Streak..

When did they pour footers? Before or after they dismantled some MS track?