I would contend that for the vast majority of the public, simply making it look, feel, and sound different (with a new name) is all their brains would need to think of it as new. As it should, because it would be.

Most people out there (meaning, people unlike us who don't have more than a few dozen neurons dedicated to thinking about Cedar Point) don't think of the original attraction as having been unsafe. If they do know that something happened, they also know that Cedar Point is making it new and different, and new and different means "it's fine now".

I have no doubt it will be marketed as a different ride, even if it still goes fast up a hill, down that hill, and then stops.

Cross posting, since I was looking at Red Force photos, I saw this. I mean, he did it, but he's a special kind of stupid.

Absolutely bananas. I have no idea why he didn't just climb up the elevator guide structure, but I suppose this was much more impressive.

Mechanical Engineer: Dont mess with us, we design your coasters.

I guess you're right, Kevin. We definitely see things differently from our perspective.

Me and the usual suspects said some words.

Paywall...boo. Do you actually pay for that?

I would contend that for the vast majority of the public, simply making it look, feel, and sound different (with a new name) is all their brains would need to think of it as new

I'm not sure I agree. Most people I know still call "Disney's Hollywood Studios" "MGM Studios". I think the general public would still ask/think of it as "dragster" if it gets a retheme and new launch. (or at least they would for a while.)

Weird, that wasn't there earlier. Lame.

We definitely see things differently from our perspective.

Does anyone still call Rougarou by its original name Mantis?

Did anyone call Disaster Transport by its original name Avalanche Run?

Besides Henry, does anyone call Steel Vengeance Mean Streak?

Of course they don't. Ever. Because they were all "reimagined".

Do people at Disney still call the new Frozen ride Maelstrom? (actually, they might, because Disney fanatics are a very special kind of weird, which explains why some would call Hollywood Studios MGM). 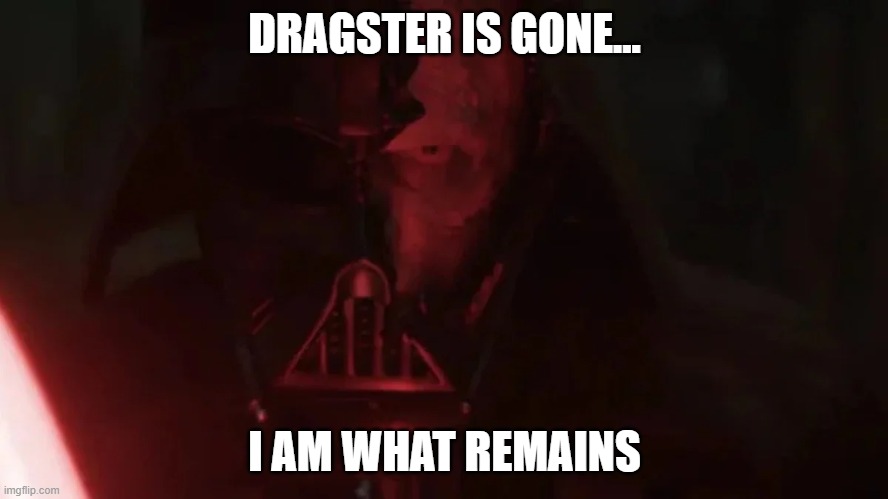 There's a good chance for some co-branding with Wal-Mart and their rollback program. Call it the Wal-Mart Rollback, paint it blue and yellow, and then announce prices being rolled back at Wal-Marts nationwide.

Do they still do that program?

I don't know about the Walmart program. I prefer to shop at Cloud Nine.

The crane was still there at the end of this weekend. I'm 90% sure it was in a different configuration today than it was on Thurs. I didn't notice any big changes over the weekend. I'm excited to see whats visible next Thursday.

Now we have lots of track coming off.

My theory is that there will be no changes made to the tower (aside possibly for paint and lighting), and I suspect that the launch track is staying. Because if it isn't, then why did they remove the brake, drive, and sensor hardware from the launch track? If that track were being replaced, why not remove the track sections, then pull the hardware off once the track sections are on the ground and easier to work on?

I'm trying to remember...the track that is being removed, is it all the flat track, as opposed to the square box stuff used for the launch?

Yes. You can see in this shot where the flat track starts. 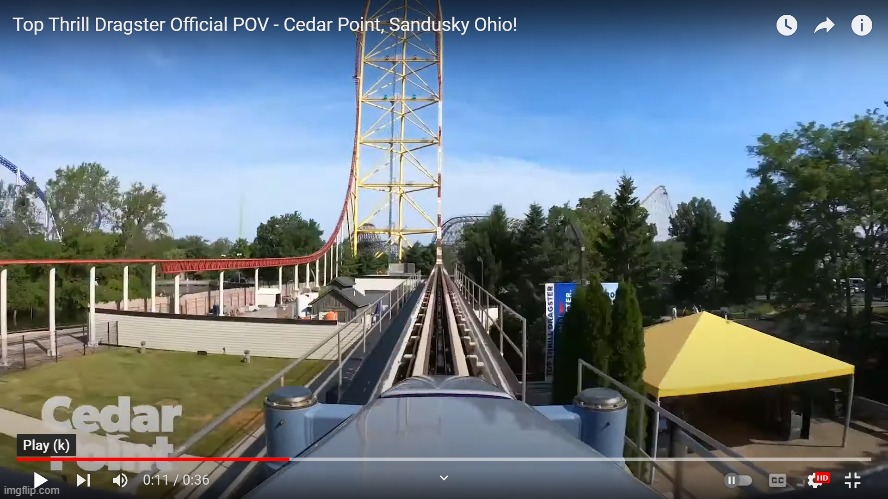 I thought part of the launch was already removed as well.

Crane boom is extended this morning on camera 2.

pictures of Chunks of track missing coming out from this past weekend. This really may end up being more drastic then a simple launch redux.

Also, from the pictures I saw circulating online, the launch track is gone from the station to the launch area by the drag racing tree lights. The supports that held that track up are now covered with plywood.

Not that it means much, but it appears that the transfer track is also gone, with only the supports remaining.

Crane boom is extended this morning on camera 2.

Now the camera's on magnum/shores. Wonder what they're removing now that they don't want us to see.

I'd assume the new setup will require mounting brackets & other peripherals that are far different from what the existing launch track provides.

Not to mention...we've already concluded the brake run was, err..."defective", so it makes sense to scrap that as well in favor of a modernized system.

The transfer track is a little mysterious -- part of me thinks that is part of the updated control system that includes a new transfer table. If I remember correctly, Mantis (Rougarou) also got a new table during the refresh (hardware, at least).