I was talking with a person, and she works for cedar fair.

...at the Lemon Chill stand?

If they do fix it up I would say add enough footage at the top and regain the height record from Kingda KA.

I think the ride has a better chance of being removed than modifying the layout.

I wouldn't be surprised either way as far as whether it ever reopens.

But, the Intamin rockets (TTD, Ka, Xcelerator), have demonstrated that they are unable to contain a cable failure. If there is another catastrophic cable snap, it's a crapshoot as to whether there would be fatalities or dismemberments. Luck of the draw as to who is where and which way the cable goes.

My point is, the risk/reward for operating a ride that I would say is more dangerous than most, combined with maintenance costs, combined with the incident last year... I wouldn't be surprised if they call it a day.

Especially given the fact that, if they did 20 year amortization on the cost, it will be coming off the books very soon .

If you remove it any date before the full amortization the full amount comes off the books anyway.

So they could've called it quits years ago and saved all the risk of cable deaths.

With all due respect to last summer’s victim, am I the only one who loves Top Thrill Dragster?! Yes, the ride is short, but I think the smooth 120 MPH launch and 400 foot vertical drop with lap bars creates an incredible experience, even today. And I think TTD is one of the most exciting coasters to watch.

Anyway, I personally agree with the argument that Xcellerator’s and Kingda Ka’s uninterrupted operations suggest that TTD’s incident wasn’t likely caused by an unfixable design flaw. I take the point that TTD may be uniquely “lemon” in some way, but I don’t buy that as the likeliest scenario. (Granted, I’m not an engineer!)

I realize that the park has to decide whether modifications and the possibility of continued maintenance headaches are worth it at this point; however, I also think the park has to consider the cost of replacing TTD’s current position in the lineup. Building a new 400 foot/100+ MPH/generally extreme coaster won’t be cheap. Maybe the park/guests don’t care about that at this point in time. But maybe they do! I know I do.

I love it, and I think it's still arguably the biggest or second biggest general public draw in the park. It holds large lines and is the only ride in the park where dozens of spectators just sit around and watch it run. It's loss would be legitimately damaging to the park experience. They just invested a large amount in updates two years ago, indicating they knew it's importance as well. Now I think the negative press plus operational savings have them ready to walk away. I sincerely hope I am wrong.

^James, with respect to the injured person, I'll disagree with your bad press comment contributing to a decision on TTD's future. With all the factors that will determine it's fate I have doubts whether bad press is on the list. In this day and age of Facebook, Twitter, Instagram, forums, etc. there is loads of public negative reaction, to this incident as well as to any subject you can imagine. But, my view of it is that the vast majority of visitors to CP would have zero knowledge that something occurred and would see that fantastic structure and be eager to wait 2 hours in line to ride it.

All the other great points you and others have made will determine the fate, not bad press.

Can you really call this accident a design flaw? It sure sounds like a hardware failure or improperly torqued fasteners to me…

From what I've read CP was on the forefront and highly regarded for ride safety/inspection for a long time, even being on the cutting edge with metal fatigue inspections.

I wonder if anything has changed in that area in recent years with them using outside companies to advise on operations safety? (I realize they are two different areas of safety, I am just wondering if they have changed the physical safety inspections as well.)

I love it, and I think it's still arguably the biggest or second biggest general public draw in the park.

I think you grossly overestimate the percentage of park visitors who want to ride it.

To put things in RCT parlance, I think the percentage of guests thinking "Top Thrill Dragster looks too intense for me" has always been a bit higher than you'd think, and now you're adding "I'm not going on Top Thrill Dragster, it isn't safe" on top of that.

Even the last few times I recall going, just lingering in and around the grandstand area, you'd always hear far more "hell no" type reactions from people watching the launch and such than people watching it and going "we gotta go get in line right now".

^That Crazy Dan, yes I have heard that array of comments from those lingering around the grandstand area. Another comment heard extremely often is customer interrupting the important task of a Ride Operator wiping off railings and asking "is this going to open soon?"

But the comment about how soon it will be opening is spot on.

Among the list of incidents, let us also not forget the since-removed wheel that flew off and careened into a thankfully-empty midway. Design flaw?

This third time luck ran out.

Maybe the park is asking the question..."what is an acceptable number of life-threatening incidents for one ride"? (some will get that joke)

Shoot the Rapids (which was literally one giant floating design flaw that Intamin never fixed from day one) only got one chance to kill park guests before it got the axe. 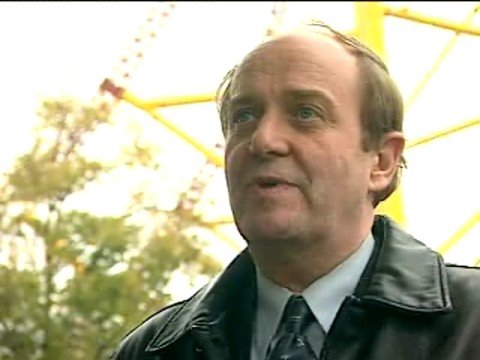 Sorry, I forgot about that. Maybe Valravn’s first drop can be modified to an underground tunnel by simply lifting up the ground. 🙂

TTD is a relic from the coaster wars. I would agree that still popular among the thrill seekers, most guests don't ride it. It's time to disarm this titan missile of a coaster and install a better coaster more people will ride.