For me the back of the train felt more intense particularly on the first drop and through the loop. I love the first half of Rougarou but unfortunately no matter where I sit or how I ride my ears always get smacked by the restraints shortly after the MCBR.

Had they used the newer style restraints similar to those found on Gatekeeper and Banshee I think Rougarou would have been outstanding. Instead they provided something that was "good enough" and maybe that was realistically the only feasible option. Those restraints probably exist on every B&M floorless train to date and there hasn't really been a strong demand to redesign them.

Somewhat unrelated, but I find it quite hilarious that one of the radio stations here in Pittsburgh has a spot for CP with one of the local DJs and she pronounces the ride "ROW-gah-roo"... I'm assuming this is incorrect.

I needed that pic for so many things in the past, adding to the downloads folder :) 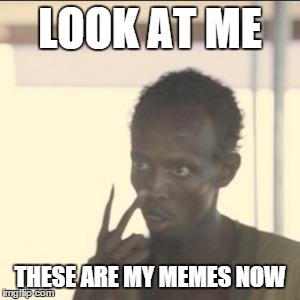 Well I tried last car middle seat of the train yesterday, and I experienced zero head banging in the corkscrew after the middle break. I’m not sure what's going on with the horrible lateral back and forth head banging through that part of the ride when I was in front row (for me anyhow). No one else with me had head banging in the last car either and it was a really enjoyable ride.

We rode front row first and back row immediately after, and both rides were very smooth - this was first thing in the morning around 9:15, maybe.

The headbanging complaints are interesting. I thought they'd be gone after riding many times and never coming in contact with the restraint (while I had plenty of headbanging as Mantis). I don't have any issues with Raptor's restraints either. Must be the different body proportions of riders or some subconscious riding technique on my end.

Now my ride on Time Warp at Canada's Wonderland the other day...that's a headbanger, and not in a good way. Ouch.

Oh, dear, the reports of headbanging don't sound promising to me. That's why I stopped riding Mantis. I saw they were using the same type of restraints, too. We haven't even made it there yet this year.

It's funny someone brought up Scooby Doo, that a ride-op was calling it that. When I hear Rougarou it sounds like a Scooby word like rut-row and can hear it in the character's voice so now my family's mimicking that.

^ Don't let all these headbanging reports make up your mind not to ride it. I rode Mantis last fall and never wanted to get on it again for the same reason....but when I rode Rougarou opening day this year (sat in a middle seat, 3rd row) I had zero issues with the migraines that I experienced last year after getting off the ride. I personally thought the new cars sitting closer to the track (and my body not standing up) was a vast improvement over the ride's former stance. The ride itself seems smoother also. I would say give it one more chance, you might be slightly surprised.

I use the grips on the front of the restraints to pull and brace myself against them and lean my head forward a little and that has eliminated almost all of the headbanging. In the very front, left outer side is a wild ride.

I've always found the key to avoiding headbanging, like in the back on Raptor in the cobra roll, is the opposite of what most people do. I press my head to one side of the other, and my head simply moves with the train.

Maybe it's because I'm tall or that I anticipate where the trains going as I ride. But I don't experience alot of headbanging on any of the coasters. I enjoyed the ride and thought it was lots faster than Mantis. Didn't notice a trim brake on the initial drop. I would like to see them only run 2 trains to see how much more popular the change has made the ride. Since the 3 train operation has improved the capacity you can't look at the ride and say it's still a walk on, therefore it's not any more popular. I'd say they are giving 400 more rides per hour. Just a guess. Keeps the line short. It obviously isn't going to be the most popular ride at the park. I am glad that they changed the ride instead of scraping all that steel. It always had a good layout to it. It's my opinion that line length is not a good judgement of popularity of a ride. If the ride has a large capacity per hour it should limit the length of the line. I'm glad that they have made the ride more comfortable, faster, and improved the capacity. Sure beats the 2 train operation of Mantis.

Thanks for the tips and advice re: headbanging. We'll always try something at least twice. These tips certainly help. I asked about it with Maverick a couple years back because I really loved the ride and the tips made it possible for me to ride it without pain.

Another thing I wish they could have fixed with Mantis/Rougarou was filling the track with sand, like they did Gatekeeper. I can understand how that just wasn't possible. I remember when they first came out Raptor and Mantis, I thought the sound was impressive on these new coasters. Now it's like noise pollution and you can't hear anything else and have to yell when you talk in that area. I am glad they are trying to muffle it now with the new builds.

My sister in law is a physical therapist who specializes in traumatic brain injury (she's not a lot of laughs at amusement parks because she's always seeing potential disasters), and she says the secret to avoiding head banging is to "turtle", scrunching your head down while pushing your shoulders up. It seems to work but takes something away from enjoying the ride.

We rode Rougarou 5/16 for the first time. We were middle of train, 3rd & 4th seats. The ride had some awesome moments, and some 'head-banging' closer to the end of cycle. But, we liked the floor less element, and gave it a thumbs up compared to Mantis. Fast forward to yesterday. I took the advise of others, and we rode front row, 1st & 2nd seats. HUGE enjoyable difference for us! We got off the ride with a major WOW feeling. It's going to be in normal rotation for us. Not sure why crowd was so low 5/30, but walk on's all day, even on MF & TTD .

Keep passing the fun along!

Well, I think the new paint job is a massive improvement. Mantis's color scheme was an eyesore. That is the best part of the conversion for me.

They did arguably improve the ride by making it a more comfortable sit-down coaster and deactivating the trim on the first drop.

I wasn't too impressed with the ride itself though. I suspect the fact that the elements were designed to augment the stand-up riding position negatively impacts the ride experience as a sit-down.

What I'm getting at is... when you ride Kraken for example, the elements just feel "fun." To me, the elements on Rougarou after the first loop feel somewhat "intense", but rather unpleasant and not exactly fun..

There was also a weird sensation in the front that felt analogous to the individual train cars being compressed and expanded as the front was being pushed through parts of the elements by the rest of the train, and pulled back by the rest of the train when the rear hadn't crested an element. It was a weird forward and back motion with an unusually rapid moment that made me feel a little queasy and made by girlfriend downright sick (we walked straight to MF after Rou and she blew chunks all over the blue train) - and I have a gut of steel and she has never had a problem on coasters before, including all of CPs collection.

I also agree with the comments about headbanging after the MCBR.

So, I think they did the best they could with Mantis short of scrapping everything after the first loop and starting over. But I also think it's just not a great coaster, and is inferior in ride experience to other B&M floorless models by a wide margin.

My prediction is that once the curiosity wears off and traffic to this ride normalizes, that the popularity/ridership will still be near the bottom of the major thrill rides at CP, though probably marginally better than the biped bug.

I do hope that CP continues the mindset by getting a Rocky Mountain conversion done on Mean Streak though. I think that would be a MUCH better implementation of the concept of coaster retrofitting than Mantis->Rougarou.

It's a mid-1990's era B&M - they ALL ride like that, regardless of their train orientation. Raptor is no exception. It's got head banging and the push/pull sensation (think about the snap as you get yanked through the cobra roll).

I know exactly what you mean about the headbanging on Raptor.

I don't often ride Raptor because you can ride a B&M Inverted almost anywhere now, and when I travel to the point I prefer to ride the things that you can't experience anywhere else.

But, this past Saturday everything in the park was a walk-on, so I decided to ride Raptor just to compare it to the other B&M inverteds I've been on, with a fresh memory.

My recollection had been that Raptor has more "snap" to it and less "grace", and in that regard is more intense than some of the newer ones. That recollection was reinforced by Saturday's ride. It is impressive that it packs the punch that it does when it was only the second of its type.

But I had never noticed that forward/backward sensation, at least not with as rapid a period (frequency). And, I don't recall having that impression of Kumba either, though I haven't ridden it in years.

Not doubting what you're saying, just finding it interesting as I hadn't been aware that it was a trait of Beemers of that vintage.

Kumba might be more side-to-side shuffle, but the push/pull is totally evident in the little bump right before the cobra roll. I love it. To me, that makes that ride amazing.

I can see how the push-pull might be a benefit when it occurs once or twice at a particular point in the course.

But on Rougarou it was mostly constant and had a seasickness effect.