I apologize in advance if the answer to my question is obvious, but I am baffled. Prior to the renovation in 2015 the entrance to Hotel Breakers contained steps, perhaps 8 to 10 on each side. After the remodel the steps were gone. But you still enter the hotel at the same level. How is this possible? You still enter the hallway which is a straight shot to the lobby. Outside is flat, there does not appear to be an incline that would replace the steps, but you still get up to the previous level without them. Maybe I am misremembering, but I just don't understand.

The main hallway going to the lobby was cut in half. The hallway is only half the original size. The grad is not that noticeable.

I never got why the original hall entrance was that long. I remember walking past all these doors on each side of the hall, but never knew what was in them, staff offices maybe? seemed to take all day to get to the lobby lol.

MF as a human eager to talk about my home park!

Does anyone have pictures of the old entrance just for purposes of comparison to the new one. Perhaps my memory fails me but I don't remember the hallway being all that much longer. 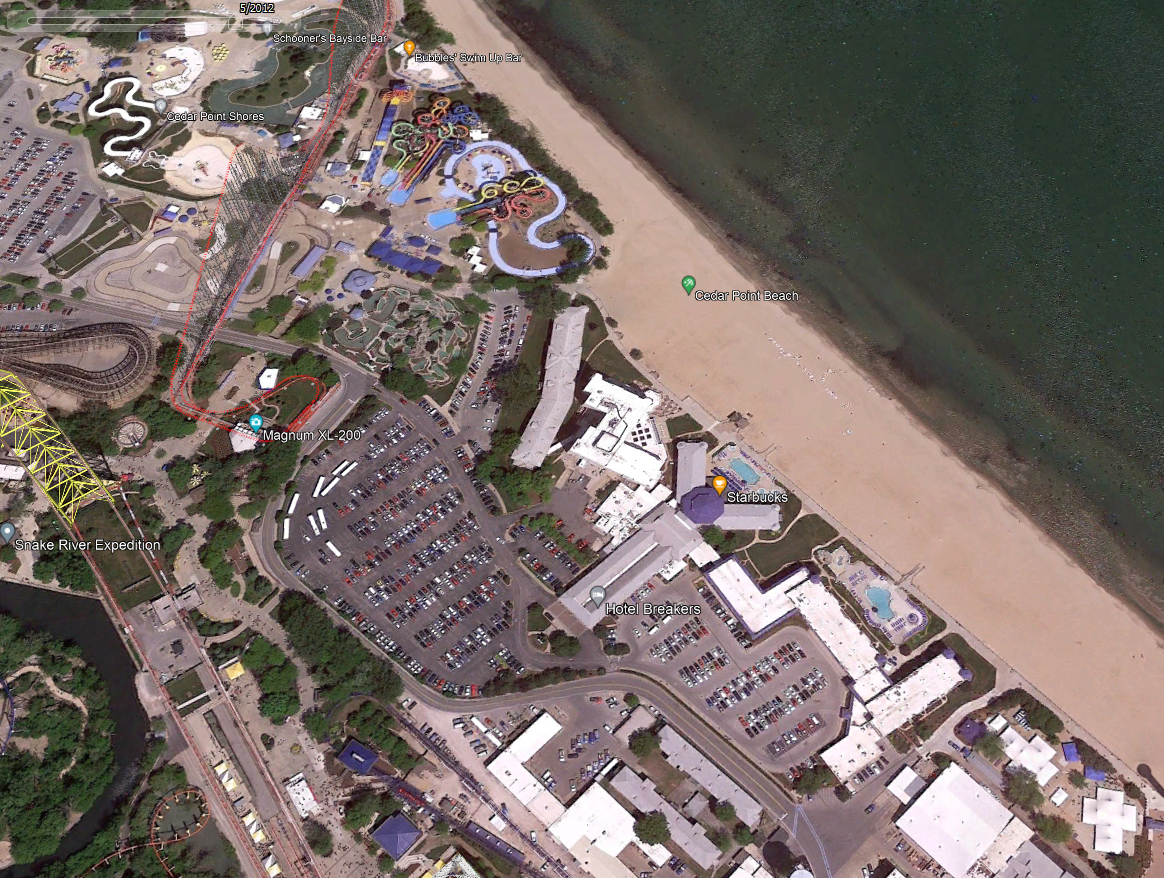 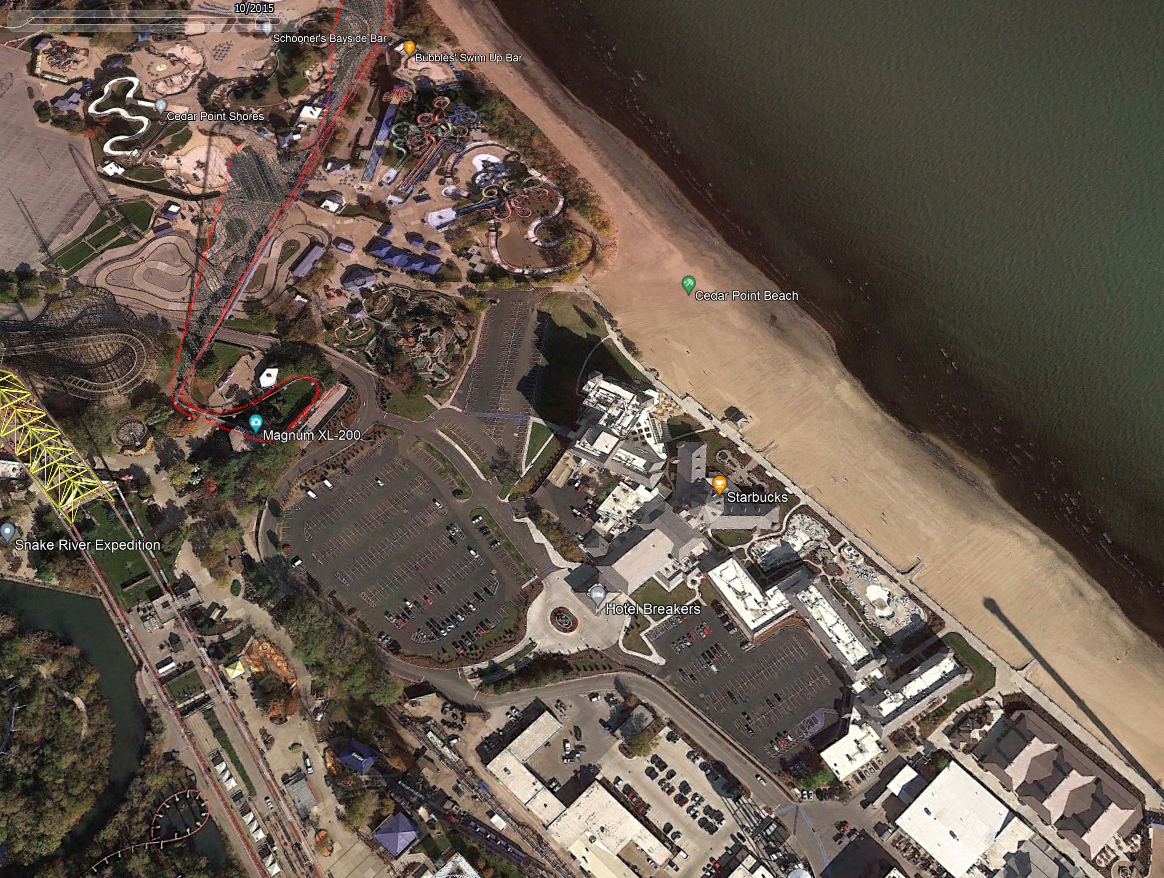 I never got why the original hall entrance was that long.

If I’m not mistaken, the beach side of the hotel was originally the front of the building when it first opened in the early 1900s.

Correct me if I'm wrong, but weren't the doors on the original hallway old employee dorms like the rotunda rooms? Would justify a long hallway particularly if it was essentially a non-public area with guests entering from the beach side.

Thank you. I'd would never have figured that out myself. The photos are very helpful.

The second floor of the long hallway originally held guest rooms then changed to employee rooms, then back to low cost guest rooms, usually for school groups. They were a real throwback and had never been renovated. I stayed in one a time or several as a budget vaca during the 90’s. Most often if the hotel was slow the desk clerk would take pity on me and upgrade me to a better room, same price. On the first floor the many doors off the hallway were building services- the luggage room was there and the bell men had their headquarters there. On the other side was the housekeeping office, the supplies, and the housekeepers’ headquarters.

I was gonna say, bag check used to be inside. It's now outside to the right of the front doors.

The arcade for the Breakers was also located in the hallway (right side as you enter from outside). Two double doors if I remember correctly.

The rooms RCMAC is talking about used to be called the "Twin Section" if I recall correctly. They where old, small, and somewhat spooky rooms. It reminded me of The Shining.

That’s exactly what it reminded me of too. And they gave you an actual key to unlock the room. I remember one year staying in the twins section during Halloweekends. Needless to say, it was very festive with the Halloween season in that it was creepy. We also froze in that room that night.

^sounds like a night in Cedars in early May

^sounds like a night in Cedars in early May

The worst! Those poor ride prides in October LOL

Does anyone have pictures of the old entrance just for purposes of comparison to the new one. Perhaps my memory fails me but I don't remember the hallway being all that much longer. 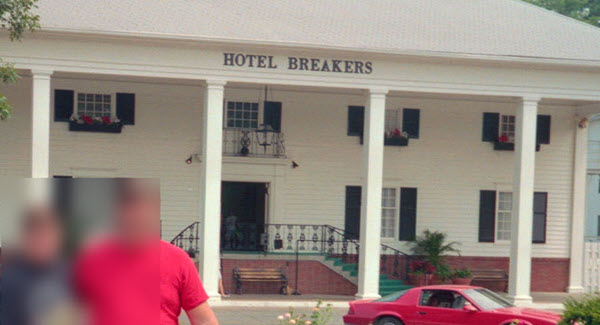 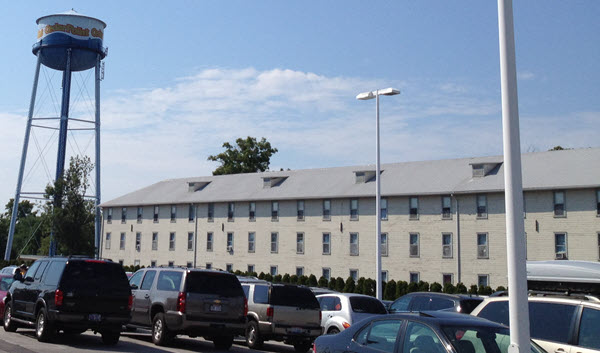 The arcade for the Breakers was also located in the hallway (right side as you enter from outside). Two double doors if I remember correctly.

Indeed it was! Looking back, it may have been small in comparison to many of the other arcades in the park, but it packed a punch. Look at the lineup of pinball and arcade titles they had in that small room in 1994.
1994 Cedar Point Hotel Breakers Arcade

Just throwing this out there, but if anyone reading this happens to own and wants to sell one of the Sega Turbo cockpit racing games (one can be see in vid @ :18 seconds) formerly owned by CP, please shoot me a PM. At one time there were at least five throughout the park, but the final one left when they auctioned a bunch of old games from the Coliseum a few years ago.

Thanks for the pictures. I'm sure everyone is right about the slight grade, but it still amazes me that those steps are gone and you still enter at ground level. It just doesn't seem like that much of an incline to me. In fact, to me it looks and feels flat.

This is a fun trek into the past. I remember that extremely long hallway as a kid. The gift shop was also in that hall if I remember right. I remember looking in some of the open doors as we walked wondering what was in there. The mystery as a kid is much better than knowing as an adult was they were actually for. I seem to remember at least some office Space and maybe some sort of guest services