Anyone at the park today?

I would guess they'd winch it up and over the top, but given the steepness of that hill and the weight of those trains, it won't be easy. I'd love to watch what they rig up to do it. They could also probably separate the cars and winch them up and over one by one, but they'd all likely roll back and then have to be removed one by one. I'm sure it will take some time.

My guess is that train will be on the transfer track or back in the station by morning knowing CP maintenance.

They put up one of those inflatable high output construction lights by the base of the lift hill so I'm guessing you're right they will have this fixed by morning but I am really curious and wish I could stay the night here to see what in the world they're going to do.

I don't know about up and running by morning, but I think they'll make a lot of progress and I'm interested in the process. If I were a betting man, I'd say it will be down the next two days and open with the park on Thursday. Wish I was there on the beach to watch! Saw someone in a Facebook group saying it will be down until August. These people must not be familiar with CP maintenance miracle workers. :)

Still on site, the maintenance crew on site, per who appears to be the supervisor talking to the crane operator, is trying to figure out a way to advance the chain to pull the train over the top which seems to imply that it is still sitting on chain segments. The crane does not appear heavy or strong enough to do this on its own, they're all meeting at the base of the ride at this moment. I'm wondering if there is a way to manually advance the chain with the lift motor and have the crane take up the slack while they pull the train over.

I'm not sure if the chain will have to be replaced entirely or if they are just able to repair the one that broke. Even if they have to completely replace the chain, I think it's pretty likely that's one of the spare parts they have on hand. Never underestimate the maintenance team. One time, I even seen pictures of Dragster parts that were pretty badly damaged and I thought that would be a lengthy downtime, but it was up and running again the next day.

If indeed they push or pull the empty train to the top of the hill, are they able to let it run the course empty? I know that when they test in the morning they usually have one or two employees seated in the front row, and/or the water dummies. I suppose zero riders is not a big issue.

I don't think the empty Gatekeeper train completing the course with temperatures being what they are right now would be an issue at all. I think the issue is/was getting it up and over the top as it's an extremely heavy train and the chain is broken. Most CP rides (aside from Gemini which is often loaded with sandbags for testing) are run empty to get up and running, and as long as it's not really cool or windy, it's not a problem. If they're worried about it, they add water dummies (often done early season and during Halloweekends).

Anyone got an update from this morning?

I can't speak for this morning.

I was by the ride yesterday afternoon, and they had the entire area around the ride roped off, which I found unusual for typical "down mechanical." When I read here that the chain had broken, that made a bit more sense that maintenance would need space to work. I also saw one of the "golf cart ambulances" over there, but by late afternoon, I would assume the ambulance was unrelated to the ride.

When I left around 7PM, I walked past the ride, and it looked like they had a small crane trying to pull up the loose chain.

Edit:
Thabto - The decision to replace the entire chain or repair the one they have probably depends on how old the current chain is and availability of replacement parts. If the chain is new, they will probably just repair the existing chain, and continue on. If the chain is old, they will probably replace the entire thing, unless they have difficulty finding replacement parts. Although I would suspect that they would try to use as much readily available off-the-shelf components as possible, so I would guess that getting a new chain wouldn't be too difficult (assuming they don't already have one.)

Is anyone there today that can update on gatekeeper? Did they get the train off the lift?

Hard to see what is happening with the webcam pointed at the base of the water tower. That is not a very interesting view.

I just now logged onto the webcam and noticed that! Yeah, not a very interesting view, unless you want to watch employees walking to their cars or copping a smoke...

Looks like what we were replying to has been deleted.


Yeah, I deleted my post when I realized how dumb I sounded (For those interested, I was complaining that once you were on the Chaussee you had to keep going and there was no way to get off of it. Obviously I didn't know what I was talking about! )

I just left the park, and the train is still at the top of the lift hill. I didn't get close enough to see what if any progress has been made today, but it looks like the crane that was on site last night is still there.

That confirms my suspicion from when I was leaving then, it looks like they had a high level consultant, not sure if it was b&m or just internal, on site right as I was leaving and they began looking at the lift motor. The few snippets of conversation I heard alluded to the lift motor locking up or being jammed due to free wheel, not positive on that part though. I know that they had the covers off of the lift motor and were inspecting it to see about pulling it over the top, it must not have been fruitful last night.

I was wondering if they had a way to enable some sort of higher level mechanical bypasses and run the motor without a complete chain and have the crane take up the slack as they advance the train over the top and then the rest of the chain out. That way the crane isn't actually lifting the weight of that train and pulling on the chain and the motor The motor is doing that work, and the crane is just picking up the slack and each time they get to a length that they want to remove they can pause take that segment out and start over again with the next one. I'm not sure how practical of an idea that is though.

They contacted the wrong consultant. 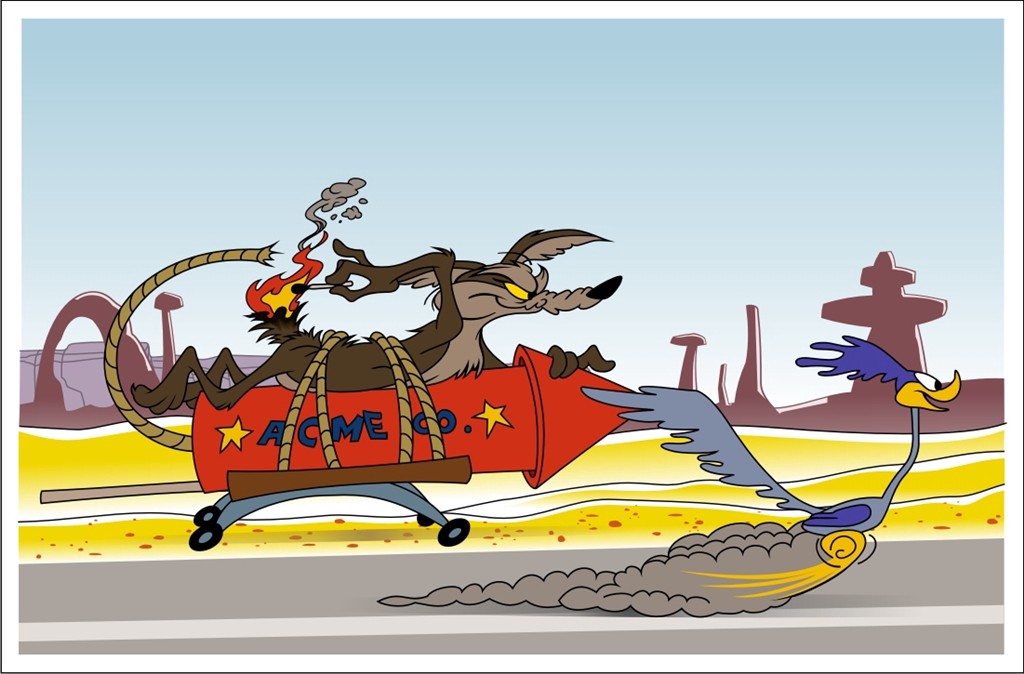 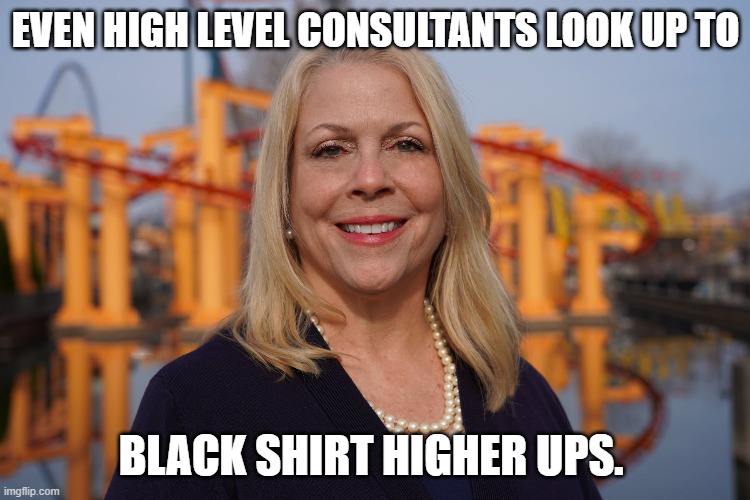 Should I be surprised if B&M is hanging around in Sandusky Ohio just in case something should come up and a high level consultant is needed?

Just noticed that photo of the present CP GM, standing with Iron Dragon in the background. Visions of Queen of Dragons; Daenerys Targaryen.

^Also Breaker of Chains, as it were.

If I was in charge of the park (and corporate), I would have the eastward camera zoomed in to that area of the GateKeeper (lift hill and platform building area) to show that it was being worked on to assess the overall situation and what to do as far as not making it a temporary (bandage) fix and what to do to make it improved and permanent. Mechanical parts do break in unexpected ways and that they want to process the repairs for the long term safety of the guests and crew and improve the long term reliability of the ride.